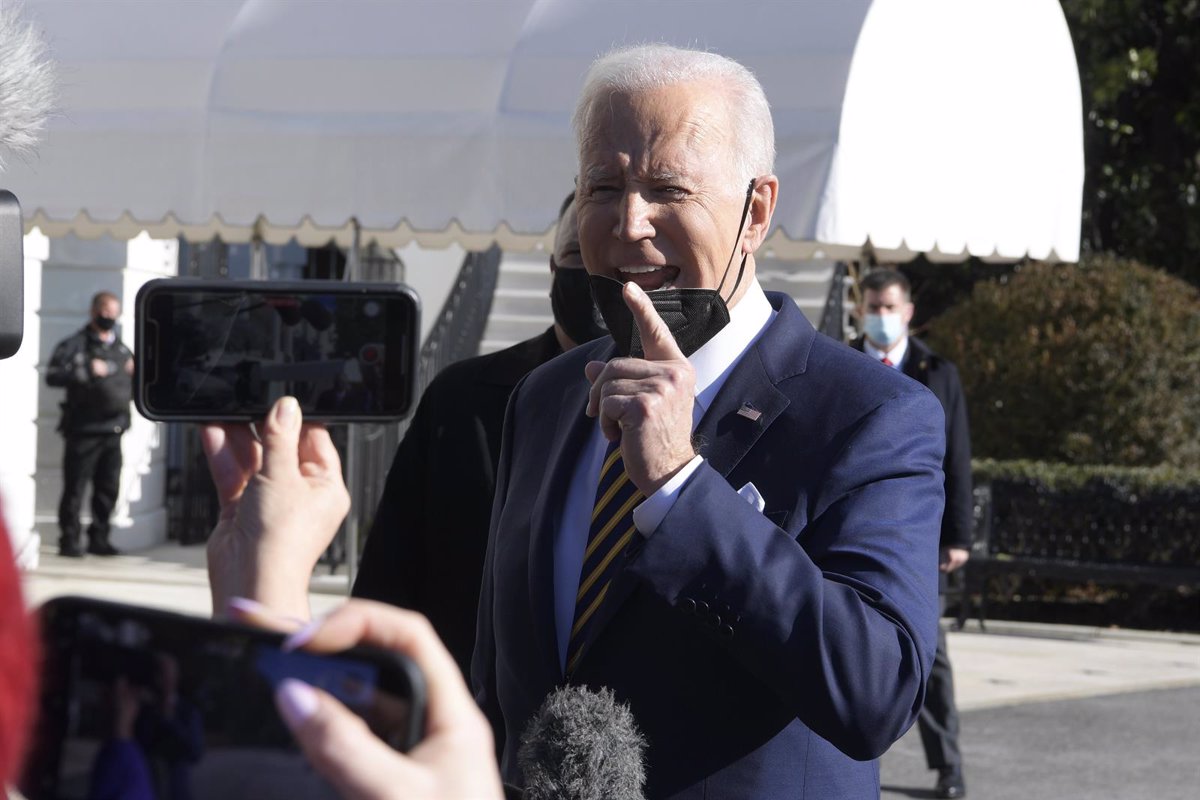 He warns that “defending democracy will have costs” for ordinary citizens

The president of the United States, Joe Biden, announced this Tuesday a ban on the import of oil, gas and coal from Russia, assuming that there may be other allies who, such as the Europeans, cannot yet take a measure of this caliber.

“We will not subsidize (Vladimir) Putin’s war,” Biden announced, in an appearance in which he advocated continuing to increase pressure on Russia after “the most significant package of economic sanctions in history.”

Biden, who has reviewed some of the measures adopted against Russia after the start of the invasion of Ukraine, has announced that the United States will increase oil production to counteract the progressive energy isolation.

However, he assumes that “defending democracy will have costs” for the ordinary American citizen. “Putin’s war is already hitting America’s families at the fuel depot,” he has said, alluding to a price hike of up to 75 cents that is likely to “go higher.”

“I am going to do everything possible to minimize price increases,” Biden said, during an appearance in which he also warned companies that the current context cannot be an excuse to raise prices above a certain level. reasonable.

The United States and the European Union have practically gone hand in hand on punishment since Putin recognized the independence of the separatist regions of eastern Ukraine and ordered the invasion of this country. However, this time Biden has limited himself to communicating the last step to his allies, knowing that Washington should go it alone if he wanted to act now.

The tenant of the White House has promised to work “closely” with European partners to develop a long-term strategy that allows progressively reducing dependence on energy from Russia. The United States is less dependent than Europe on energy from Russia, since oil from this country barely represents 3 percent of all shipments, according to official data.

Apart from the economic field, Biden has taken the opportunity to reiterate his commitment to the Ukrainian authorities and people, whom he has congratulated for their “courage” and their “determination to live free.” Ukraine, he added, “will never be a victory for Putin”.

The US president has also recalled that the United States has already committed more than 1,000 million dollars in security assistance to Ukraine. Arms shipments “arrive every day,” Biden said, also emphasizing the commitment of other international partners to this supply.

“We are also providing humanitarian support for the Ukrainian population,” he added. Biden has lamented that more than two million people have left Ukraine to flee what she has repeatedly described as “Putin’s war.”