The psychological rehabilitation center for monkeys traumatized by poaching 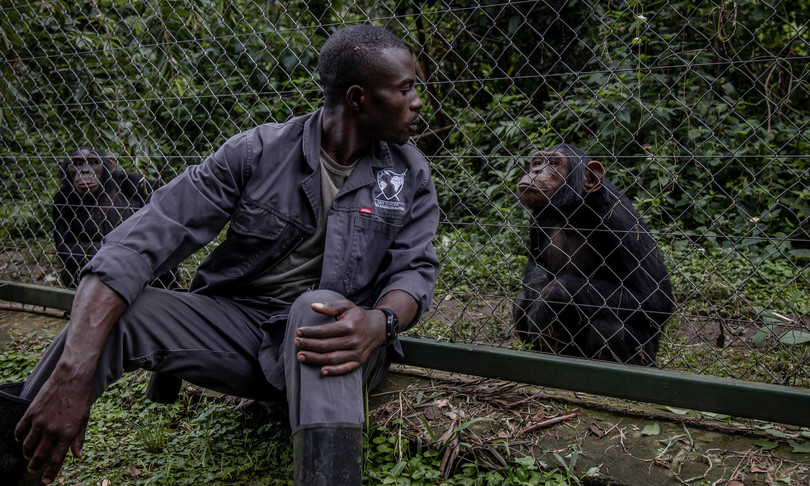 An oasis to save traumatized animals in the east of the Democratic Republic of Congo. It seems a paradox in a country where insecurity, reprisals, low-intensity warfare have lasted for decades. Where entire communities, villages, right in Kivu, are constantly forced to move to escape the bloody raids of the various armed militias that infest that area.

But yet, even an oasis for traumatized animals can be a way to resist. To say that life, despite everything, continues. We are, in fact, in Lwiro. Solitary or in groups, great apes leap from branch to branch, females carrying their young on their backs make their way through the verdant reserve of the Primate Rehabilitation Center of Lwiro (CRPL), in South Kivu, whose capital is Bukavu.

Created in 2002 by the Congolese Institute for Conservation of Nature (Iccn) and the Research Center in Natural Sciences (Crsn), the Crpl is located not far from the Kahuzi-Biega National Park. Located 45 kilometers from Bukavu, this center gathers, among other things, chimpanzees, gorillas, bonobos and other small monkeys orphaned or rescued from poaching in this region plagued by insecurity caused by the activism of dozens of armed groups. It is estimated that in the whole Kivu region there are more than 100 militia formations that in various capacities control the area.

At the Lwiro Center, the animals are not only fed, but also benefit from medical and psychological treatment to recover from the trauma. Most of the centre’s animals were “rescued by poachers” or by “people who detained them illegally,” Sylvestre Libaku, head of this center, explained to France Presse. “These little orphaned chimpanzees come to us because of insecurity and war.” 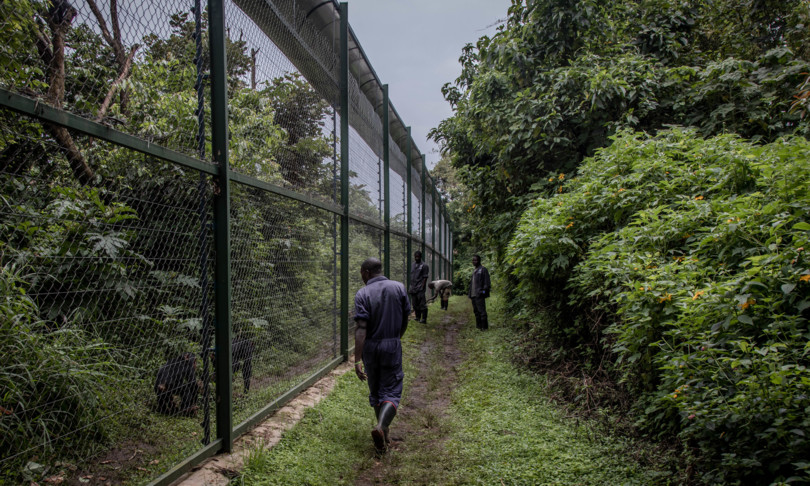 Also for this reason, the leaders of the center ask the central government of Kinshasa, the capital of the Republic of Congo, to work for the pacification of the area so that these primates can live in their natural habitat without the constant danger of poachers. In these insecure areas, poaching is the order of the day and also affects the Virunga Park, in North Kivu, and in particular the last specimens of mountain gorillas. There are many, and the trade is flourishing, to ask for the hands of these primates which are then used as ornaments or even as ashtrays.

To return to the Lwiro center, stabilization of an animal takes place after several weeks or even months. This is the case of a guest, Tarzan, a chimpanzee found last year, in the month of June, today still lives alone, in quarantine. The animal was found in Bunia, in the Ituri region, further north, and still has unhealed wounds on its skull, and has not yet recovered the confidence of being among other animals and therefore remains in a cage for the his “emotional” security.

Currently the center hosts 110 chimps who each consume six kilos of food, including fruit, cereals and vegetables, per day, while the young are bottle-fed. Established as an oasis within the Kahuzi-Biega Park – with an area of ​​60 thousand hectares it is located between two extinct volcanoes, the Kahuzi mountains (3308 meters above sea level) and Biega (2790 meters) in South Kivu.

It is also the sanctuary of the last eastern lowland gorillas, which numbers around 250 individuals – the center of Lwiro extends over 4 hectares. It is certainly not the ideal condition for the animals, explains the veterinarian of the center, Assumani Martin, because they feel “trapped”, but certainly better than at the mercy of poachers or people who keep them illegally, almost as if they were an “ornament” for the animals. their homes.

In November 2020, 39 gray parrots were “released” in the forest after being treated in Lwiro. Since then, however, no animals have been accepted in this oasis due to the insecurity in and around the protected reserve.