Nearby hospitals and on.site tests: Uman is preparing for Rosh Hashanah 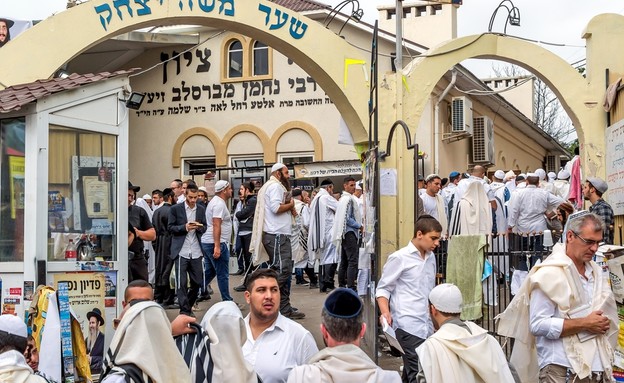 Last year, Israel tried to completely avoid traveling by followers to Uman in Ukraine, but this time it seems that the government is working to allow this under supervision. The Ambassador of Ukraine to Israel, Yevgen Kornichuk, spoke today (Thursday) about the preparations for the arrival of the Hasidim on Rosh Hashanah at Rabbi Nachman’s grave.

In an interview with the “Three” program, the ambassador explained the preparations: “We try to think in advance about the problems that immigrants may have and avoid them.

More articles on N12 on the subject:

Yishai Cohen on Lieberman and Horowitz’s attitude toward Uman

He said Ukraine is not currently a red state, but there is no guarantee that the situation will remain the same in September, when Rosh Hashanah will take place and tens of thousands will be required to reach Uman. “Last year we closed the borders, not only to Israelis but to everyone. We are happy that Ukraine is not a red country at the moment but the situation may change,” he said.

Kornichuk also elaborated on the moves being worked on behind the scenes: “I met with Minister Matan Kahana and I am pleased that he is attentive and willing to work together to avoid the difficulties. We have decided to formulate special agreements that will allow a trip on the assumption that there will be no deterioration.“

“If the situation worsens,” the ambassador concluded, “the vaccinated will be able to travel according to the guidelines without the need for isolation. In addition, the Ukrainian government will establish temporary hospitals in Uman near Rabbi Nachman’s grave, and corona tests will be provided in Uman.”