Kiev is under siege, Mariupol in the hands of the Russians 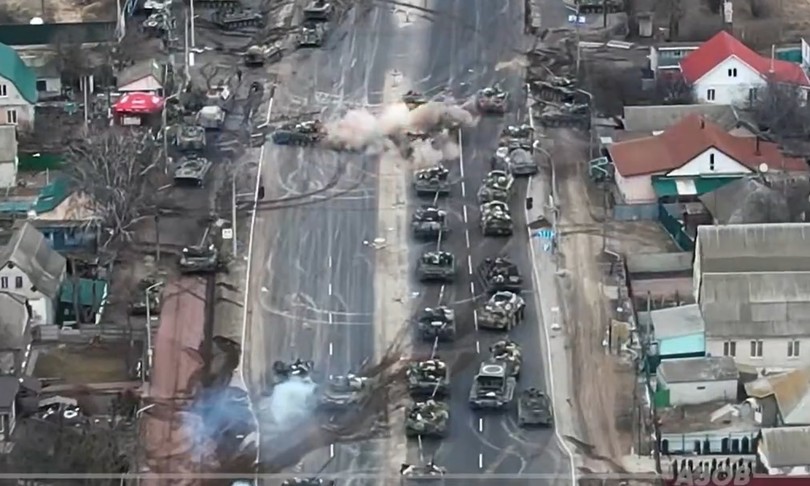 On the fifteenth day of the war, the highest level meeting between the two countries since the beginning of the invasion, the one between the Russian foreign ministers, Serghei Lavrov and the Ukrainian, Dmitro Kuleba, did not produce results nor was it successful to agree on a ceasefire. Kuleba reported asking for a 24-hour truce and a humanitarian corridor for the escape of civilians from Mariupol.

Lavrov he has not shown his willingness to make concessions, repeating Russian demands that Ukraine be disarmed and accept neutral status. The two agreed to continue their efforts to find a solution, Kuleba added that he was ready to meet Lavrov again, the latter replying that Russia is ready to continue talks with Ukraine under the format used in Belarus, but that is too early to organize a summit between the leaders of the two countriesVladimir Putin e Volodymyr Zelensky.

Fighting continues on the outskirts of Kiev on three fronts: the Russians are now at the gates of the capital but according to Western intelligence the armored column placed northwest of the city has made little or no progress in recent days. North of Kiev, soldiers erected checkpoints and dug trenches, at -9 degrees. According to Vadym Denysenko, a spokesman for the Ukrainian Interior Ministry, Ukrainian forces destroyed five Russian tanks in a counter-offensive on the western outskirts of the capital.

Moscow has announced that it has taken control of “several neighborhoods” of Mariupol, a city besieged for days. According to Kiev, a humanitarian convoy trying to reach the city was forced to back off because of the fighting; and Kiev also accused Moscow of deliberately preventing the evacuation of civilians because it failed to seize the strategic port city on the Black Sea. At noon, municipal authorities announced the resumption of shelling on homes. Yesterday Ukrainian authorities accused Moscow of bombing a maternity ward and a pediatric ward in the city during the ceasefire agreed to allow civilians to flee. In the bombing, the municipal administration reported today, three people died including a child (yesterday the same administration spoke of 17 injured).

Ukraine is opening 7 humanitarian corridors to allow the evacuation of civilians from cities besieged by Russian troops, including Mariupol. Evacuations have already begun in Sumy, in the towns of the Kiev region and in Enerhodar, the headquarters of the Zaporizhzhia nuclear power plant. In total, according to Zelensky, at least 35,000 civilians have managed to leave the besieged Ukrainian cities in the last 24 hours. The Ukrainian Defense Ministry for its part reported that the Russian advance has slowed down and that fighting continues in the east of the country to stop it in Donetsk, Slobozhansky and in some parts of Tavriya.

During the night, bombing continued on Kharkiv, where rescuers reported that they had found 4 dead, including 2 children. On the humanitarian front, more than 2.3 million people have fled Ukraine (latest UN data). After more than two weeks of ferocious warfare, the faltering Russian countryside has devastated several urban areas, but it remains well below its main goals, with the larger cities still under Ukrainian control and the skies disputed. Information regarding the situation on the ground is often impossible to verify and comes mainly from Ukrainian regional administrations and Western intelligence sources.