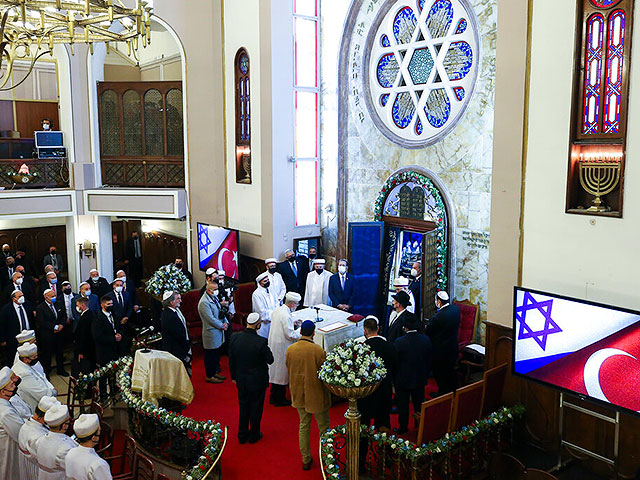 Israeli President Yitzhak Herzog, who is on a visit to Turkey, visited the Neve Shalom synagogue in Istanbul and took part in the prayer. He addressed the parishioners. In memory of the victims of terror, the memorial prayer Kaddish was read.

The head of state was welcomed by Chief Rabbi of Turkey Isaac Haleva. According to The Jerusalem Post, the rabbi thanked the guest for strengthening peace and friendship between the two countries. He called the Duke’s visit to Turkey a historic event that leaves a deep impression.

The President replied that the Jewish people are united by a common responsibility and a common destiny. He recalled that in 1992 his father, President Chaim Herzog, visited the synagogue. Then the 500th anniversary of the expulsion of the Jews from Spain was celebrated, a significant part of the expelled was accepted by the Ottoman Empire.