G7, vaccines and the fight against climate change at the top of the Biden-Johnson agenda 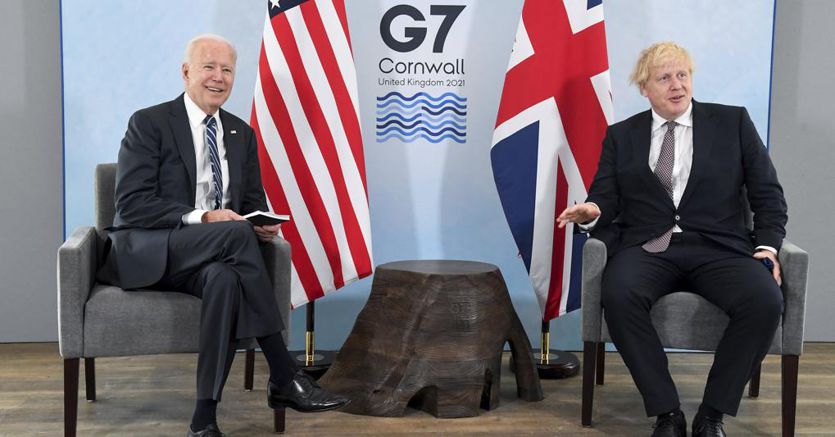 The fight against climate change is the second crucial pillar on which the newfound alliance between post-Trump greats rests. The seven leaders will discuss a package of measures to be taken to accelerate the transition to green energy. Johnson would like the G7 to follow Britain by deciding to eliminate petrol or diesel cars by 2030 and to focus everything on electric cars.

For the environment, as for vaccines, the G7 also looks to less rich countries and will undertake to financially support their efforts to reduce harmful emissions with a 100 billion dollar plan, although it remains to be defined who will contribute the most. The third pillar is collaboration on security and the common front against undemocratic regimes. It is likely that in the final communiqué of the summit there is a call to Russia to do more to control and limit cyber attacks and cybercrime.

Ethnic minorities: China in the crosshairs

China, on the other hand, may not be explicitly mentioned, even if it is the recipient of the message that the G7 will send against the persecution of ethnic minorities and forced labor, referring to the situation in Xinjiang. The G7 request to ask the World Health Organization to open a new, rigorous investigation into the origins of Covid-19 is also aimed at Beijing.

Brexit is not a topic on the agenda at Carbis Bay and will not be named in the final communiqué, but it will undoubtedly be discussed on the sidelines of the summit. Johnson, who yesterday did not mention the tensions with Brussels over the Irish protocol, will face the President of the European Commission Ursula von der Leyen and the leaders of France, Germany and Italy, as well as Biden who has made it clear that he wants an agreement that protects the peace accords of Good Friday.

The first meeting between Johnson and Biden was all smiles to reaffirm the importance and solidity of the “special relationship” between London and Washington. The US president is “a breath of fresh air,” said the British premier. Eighty years after the joint statement by Winston Churchill and Frankling D. Roosevelt, their successors have signed a new Atlantic Charter, a solemn commitment to resolve together the new challenges, defend democracy and build a fair and sustainable trading system.