China is anxiously following the Taliban’s takeover of Afghanistan 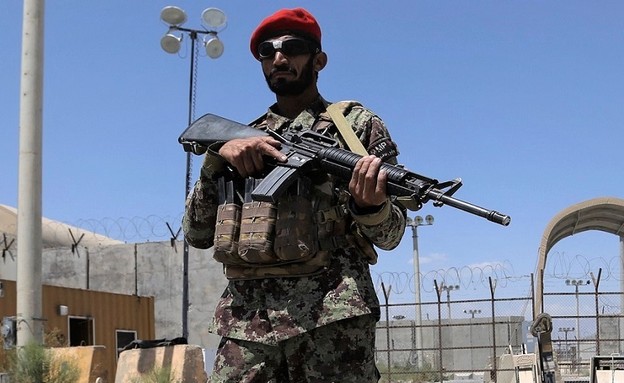 Against the background of the withdrawal of the American army: The Taliban continues to seize more territory in Afghanistan and continues the process of recent months – during which it has gained control of the largest territory since it was ousted from its grip on Afghanistan in 2001. For the past 20 years the world has treated Afghanistan as one country, but in practice it is divided, crumbled and ruled by warlords. All this is happening when only a few territories are still in the hands of the central government in Kabul. Many territories held by the government have fallen into the hands of the Taliban in recent weeks, which is in talks with international figures, including summits in Beijing, Tehran and Moscow.

Last week, a delegation of senior Taliban officials visited China and promised that the terrorist organization would not allow Afghanistan to become a base for planning and conspiracy against another country. Beijing, which shares a short border with Afghanistan, fears that the fall of the country into the Taliban will allow rebels from the Uighur minority to establish themselves and prepare there. “The Islamic State has assured China that the land of Afghanistan will not be used against the security of any country,” the head of the Taliban delegation clarified. He added that China had promised not to intervene in Afghanistan in order to “solve problems and bring peace.“

“The Taliban’s attacks on civilians, with the withdrawal of US forces from Afghanistan, are very disturbing,” said US Secretary of State Anthony Blinken, who is now visiting India. Blinken warned that The peace unit in Afghanistan is through real and serious negotiations.

According to the latest figures from international sources, Taliban militants are taking over more and more territory in the north and west of the country, putting pressure on other provinces and cities that have not yet completely fallen into their hands, including Kandahar, Harat and Conduz. About 15 million people, almost 40% of the country’s population, live in areas under the control of the organization or in a place where its people are openly present and confront the administration there on a regular basis. The government makes it clear that it has sent reinforcements to all major cities threatened by the Taliban, and has imposed a nearly one.month night curfew across the country – with the aim of preventing it from invading cities.

A record number of civilians were killed as a result of the conflict in the first half of the year. The United Nations has blamed the Taliban for killing 1,600 civilians, while fighting has also forced some 300,000 Afghans to flee their homes and flee.

The Taliban ruled de facto Afghanistan from 2001.1996, and is remembered, among other things, as the one who prevented education from girls and women, carried out mass mass executions of witches and anyone defined as infidels, and destroyed any trace of non.Muslim culture. During the years of his rule, millions of citizens fled the country. In 2011, US military forces ousted the Taliban from power in the country – but now, in the run.up to the withdrawal in the coming days, the Taliban are proving that they are reorganizing and gaining control of more remote areas.