US GDP grows by 6.5% annualized, but disappoints amid fears for the Delta variant 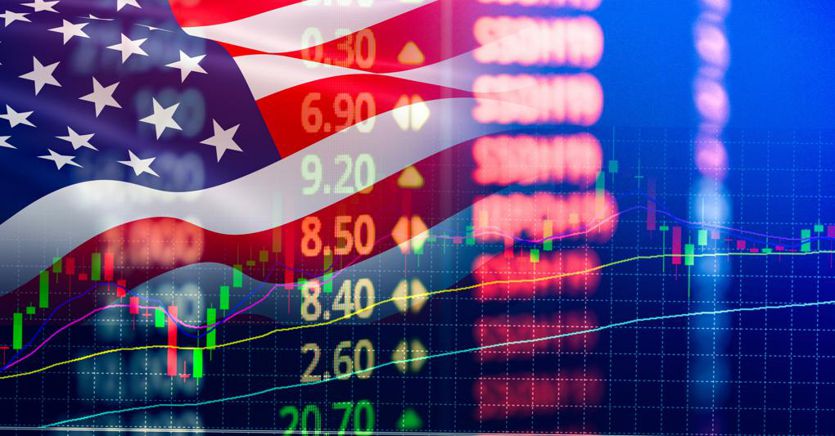 The American economy returns to pre-pandemic levels, indeed it abruptly surpasses them with GDP growth at an annualized pace of 6.5% in the second quarter. The figure represents an acceleration compared to 6.3% in January-March. And it was driven primarily by strong consumer spending, which accounts for over two-thirds of business. However, growth was lower than forecasts, which had pushed to 8.4%, and suggests slowdowns in the rest of the year, on which the unknown factor of the spread of the Delta variant of the coronavirus weighs.

The milestone reached by GDP – which today beats the size of the fourth quarter 2019 by 0.8% – is difficult to underestimate: just a year ago, with the pandemic lockdowns, the economy suffered record contractions and came out of recession in April. After the 2009 debacle, it took two years to recover. In the last quarter the blow to the back came from consumption which rose by 11.8%, more than expected. The business’s investments in equipment and software also rose by 13 percent and those in intellectual property by 10.7 percent. While spending on new plants and real estate investments acted as ballast. And weakness emerged in exports.

Shadows on the outlook

GDP growth – which in the second quarter compared to the immediately preceding three months – could however have reached a peak now: the outlook for the second half of the year is marked by questions that could hinder the exploits, from bottlenecks in supply chains to tensions on raw materials and the labor market and the exhaustion of the thrust of anti-Covid public aid, six trillion since the beginning of the pandemic. The comebacks of the coronavirus are also prompting both the government and local authorities and a number of large companies, from Apple to Alphabet, to consider or reintroduce precautionary measures and restrictions.

The knot of work

Uncertain signs have already leaked from the latest figures on the employment front: weekly requests for subsidies for the unemployed were 400,000, down from the previous 424,000 but higher than the 380,000 expected on the eve. Despite the recent robust creation of paychecks, new payrolls totaled 850,000 in June, with nearly seven million jobs still missing compared to the pre-pandemic period.

Wall Street also took comfort from the overall growth performance, pushing towards new records during trading: also encouraged by solid Corporate America balance sheets, the Dow Jones and S&P 500 indices then closed up by more than 0.4. percent. The Nasdaq gained 0.1 percent. The dollar, on the other hand, slipped, reacting to a disappointment in GDP expectations that could at least keep the central bank away from interest rate hikes. Even among economists, the awareness of the new challenges on the horizon does not yet translate into alarm. “If the pace of expansion slows, we expect continued healthy growth, well above potential. And the recovery in GDP has been faster than even the most optimistic expectations ”, underlined Mickey Levy of Berenberg. Surveys among analysts show that US annualized growth could slow to 3.3% in the fourth quarter. However, for 2021, the Monetary Fund has forecast an expansion of 7%, however, recently revised up by 0.6 percentage points from the April estimates, followed by 4.9% in 2022, improved by 1.4 points. .