Italy: Draghi’s plan for families and the reform of the CSM 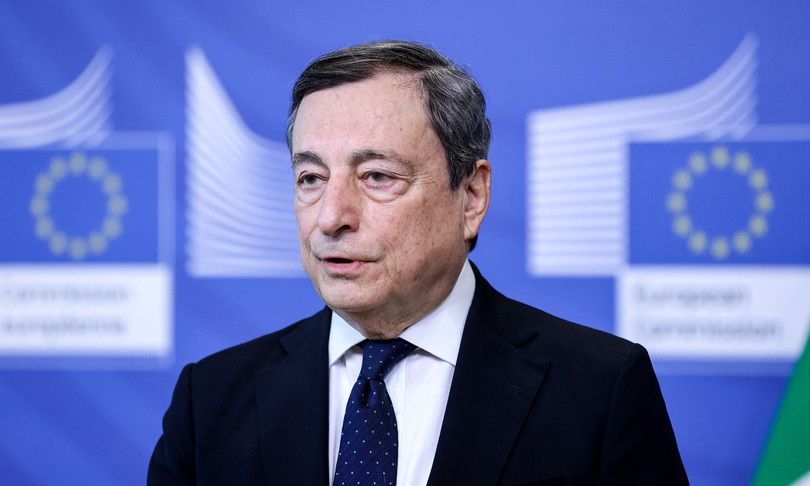 The EU summit in Versailles and the Italian government’s plan to support families and businesses. But also the confrontation between the parties on the reform of the CSM and the vote of the members to change the statute of the M5s. These are the issues on the political pages of the newspapers on newsstands today.

M5s, only 38,000 vote for the statute. Aut aut of Conte on his leadership. Justice, the wall of amendments: on the CSM 700 proposals, alarm for the times. Lega and FI: changes are needed. The Democratic Party: thus reform at risk.

Draghi: “Let’s get ready for the war economy”. One billion to businesses. Interview with Minister Di Maio: Russia almost in default, weaken Putin, so he can give in. Conte-Letta lunch: for the cities samples of Campo largo.

The anti-Putin plan. Draghi: “We are not in a war economy but we are preparing. If the situation worsens we will import wheat from the US and Canada”. At Versailles the turning point on energy and defense but on Recovery we have to wait for May. Price increases, race against time: the government tightens on the decree, limits for heating and social bonuses extended to low-income families.

The idea of ​​an intervention to cut taxes on fuels but the parties are pressing the Treasury to make a new deficit. Interview with CGIL secretary Maurizio Landini: “Draghi will call us immediately, down VAT on food”. Justice, an avalanche of amendments. Now the reform of the CSM risks stalling. Vote on the statute, 5 Stars in the swamp.

The expensive prices, record gasoline: 2.3 euros per liter. And we pay the highest excise duty in Europe. The bill for the war is already at 26.5 billion. The “savings” of politics: the heaters down and the lights off. Eight billion for the tax authorities. But the Azzurri warn: “Don’t put your trust”. Forza Italia presents a recovery plan to the government, from the flat tax to the Irap cut.

Italy goes to the big maneuvers with Orban. With the excuse of Kiev, Hungary is forgiven everything. Methane roof and Eurobonds: Draghi rejoices, but empty-handed. Giorgia does not want to rage on Salvini: peace between FdI and Lega.

EU towards a new Pact, plan on energy and defense. Blocked the export of luxury, the cost for Italy and France. Draghi asks the Eurobond: “Rationing? Not now”. Interview with the Minister of Development, Giancarlo Giorgetti: “Necessary deviation for businesses and families. Duties on raw materials”.

Draghi makes the blame game. The head of the government is betting everything on Europe’s help. For now, many words, few facts. “Serious risks for the economy” but the executive does not intervene. And the EU says no to new debt. Interview with President Coldiretti, Prandini: “The solution is to go back to cultivating the land in our country”.

Dragons: we are not fools. The EU asks governments to take debt to support anti-crisis projects, but it does not put a euro. But the government does not reduce excise duties on gasoline. Stock alert: the truck strike can empty supermarkets in a few days. Count suspended, M5s split on Zelensky.