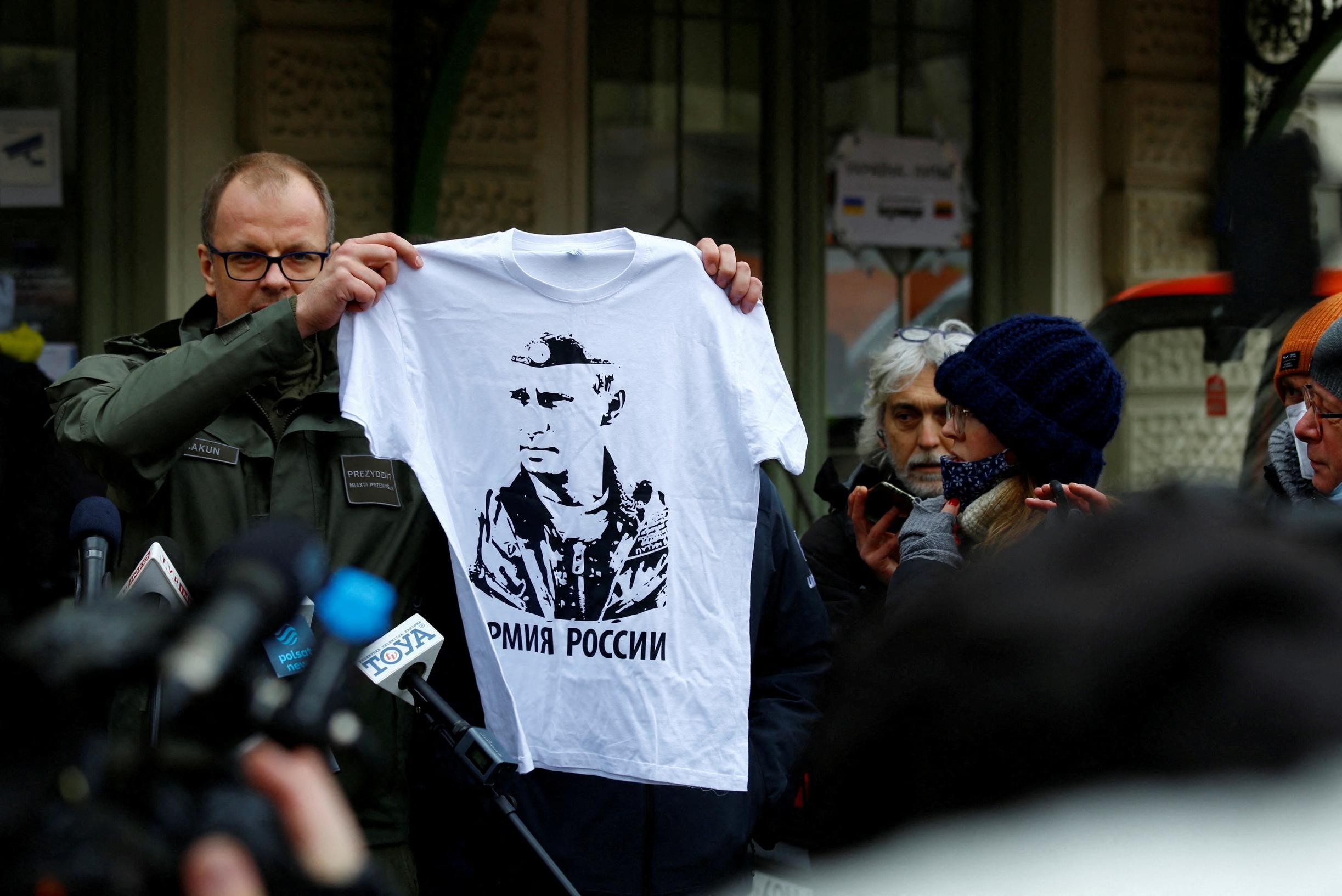 The mayor of the Polish border town Przemysl Wojciech Bakun has no regrets about ridiculing far-right Matteo Salvini. Earlier this week, he welcomed the Italian Lega leader with a special gift: a T-shirt of Russian President Vladimir Putin. “It was a hypocritical gesture on his part to come here,” Mayor Bakun said on Saturday.

Salvini, who has been leader of the Lega Nord since 2013, to the Polish-Ukrainian border had already raised eyebrows in Italy. Salvini is in fact radically opposed to immigration and had shown himself to be a fan of Vladimir Putin several times in the past. For example, he once praised the Russian president as “the best statesman” and had himself photographed in Moscow a few years ago in a T-shirt with the head of Putin on it.

During a joint press conference, Mayor Bakun put the Italian politician in his shirt on Tuesday and took out the much-discussed T-shirt. Bakun dropped that he “had no respect” for Salvini and invited him to go to a refugee camp “to see what your friend Putin has done”. The extreme right-wing politician walked off with his tail between his legs.

The images of the incident went around the world, but Bakun still does not regret his reaction. “I said everything I wanted to say to him,” Bakun said on Saturday, during a visit to the refugee reception center at Przemysl station. “The war did not start two days ago, but Salvini has long continued to support Putin and his war. Now he suddenly came here to show solidarity with the refugees. It was a hypocritical gesture,” it sounds.