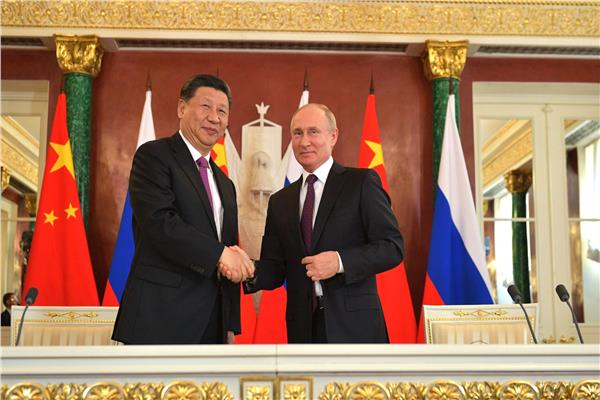 The New York Times noted that Russia I asked China Giving it additional economic aid, to help counter the damage done to its economy from the extensive sanctions it imposed United State European and Asian countries, according to a US official.

Russia has also asked China for military equipment and support for the war in Ukraine after President Vladimir Putin launched a large-scale invasion last month.

US officials, intent on keeping their intelligence-gathering means on Russia’s requests secret, declined to further describe the type of military equipment Moscow was looking for. Officials also declined to discuss any reaction from China to the requests.

Chinese President Xi Jinping strengthened his partnership with Russian President Putin and stood by him as Russia ramped up its military operations.

US officials are watching China closely to see if it will act on any requests for assistance from Russia. White House National Security Adviser Jake Sullivan is scheduled to meet Monday in Rome with Yang Jiechi, a member of the Chinese Communist Party’s elite Politburo and director of the party’s Central Foreign Affairs Committee.

The Russian military operation in Ukraine continues for the eighteenth consecutive day, since it began on February 24.

Following this, at dawn on Thursday, February 24, the Russian forces began launching a military operation in eastern Ukraine, which opened the door to the possibility of the outbreak of a “third world war”, which would be the first in the twenty-first century.

The European Union said the world has been living in a “blacker atmosphere” since World War Two, while the European Union and the United States imposed a package of sanctions against Russia, which European Commission President Ursula von der Leyen described as “the toughest ever”.