Speculation in Washington: Putin is angry and frustrated 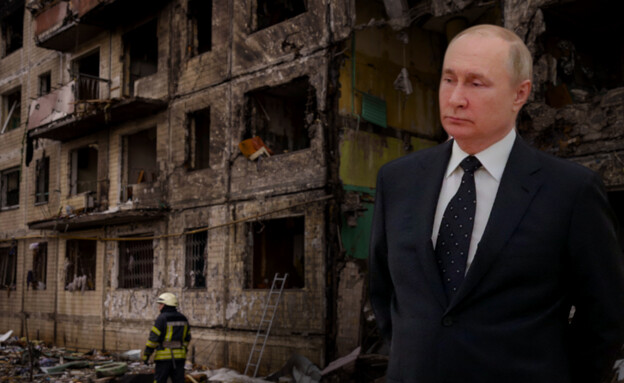 More than two weeks into a war he expected to end – or at least control – in just two days, Russian President Vladimir Putin has often conveyed anger and frustration over his military failures in Ukraine, the Associated Press quoted intelligence assessments from senior US officials. In light of these factors, US officials estimate, Putin could escalate and intensify the campaign led by his military in Ukraine, dragging it into particularly severe violence and destruction.In recent days, there has been growing speculation in Washington that Putin is about to escalate the Russian campaign in Ukraine, and many have even been quoted recently as saying he intends to step up a gear in order to break the fighting spirit and resistance of the Ukrainian military and people. “Russia could make dramatic military moves and bomb the country for weeks on end.”

Washington notes that while most of the world is horrified every day by the harsh images of the war in Ukraine, Putin himself is quite isolated from the media noise there and in his country – in the face of widespread domestic protests. CIA chief William Burns called the situation in which Putin is now a “propaganda bubble.”

The events of the last days of the war in Ukraine reinforce the claim that the Russian army, under Putin’s direct command, changed the fighting pattern and moved to attack with much higher intensity population concentrations. Thus, among other things, in the besieged city of Mariupol it is reported that more than 2,500 civilians were killed by the Russian bombings, and further reports alleged that the Russian army began using phosphorus bombs in bombings in the east of the country. Added to this are the growing assessments in the West, including by the Pentagon and the British Ministry of Defense, that Putin is close to ordering the use of unconventional weapons – chemical or biological – against Ukrainian citizens.

“The desire to penetrate Putin’s mind and thoughts – even though it is particularly difficult to do so, and even from a distance – is critical for the West in its attempt to understand the expected steps later in the days of hostilities,” intelligence sources said. This may help prepare and plan to send aid of various kinds to Ukraine, and formulate steps that will try to prevent Putin from taking dramatic steps, including perhaps an attempt to drag NATO countries into the campaign.

Over the past two decades, Putin has achieved, through a small and limited circle of associates, full control of the Russian government and state through his security mechanisms. CIA chief Burns has recently told the U.S. Senate that Putin is interested in changing the world order created after the end of the Cold War, and that he is “cooking with himself in an explosive combination of rage and ambition over many years.”

“Putin expected to occupy Kyiv within two days,” Burns estimated. “Instead, his army has failed to take over major cities and has so far lost thousands of troops. The West has imposed heavy sanctions and promoted a series of other measures that have wreaked havoc on the Russian economy, in addition to ruining the high standard of living enjoyed by both Russian oligarchs and ordinary citizens. They have been frozen and confiscated from banks around the world. “

Burns, a former U.S. ambassador to Moscow who has met with Putin numerous times, told senators that Putin is not crazy. “I think Putin is very angry and frustrated right now. “It is likely that he is now in a position where he will increase his stakes in the campaign, and work for the complete crushing of the Ukrainian army – without any thought for the civilian population in Ukraine.”

The American intelligence assessments so far, and even before the outbreak of the war, are considered to be relatively accurate and reliable. This comes precisely against the background of optimistic assessments on the part of Moscow and Kiev regarding the progress of the ceasefire talks. At the same time, it was reported yesterday in the British Financial Times that Russia has applied to China for military assistance – which strengthens the assessment regarding the difficult situation of the Russian army, and perhaps also the assessment that as a result it is likely to escalate the military confrontation.