Warsaw moans under influx of Ukrainians: population increased by 15 percent in 2 weeks 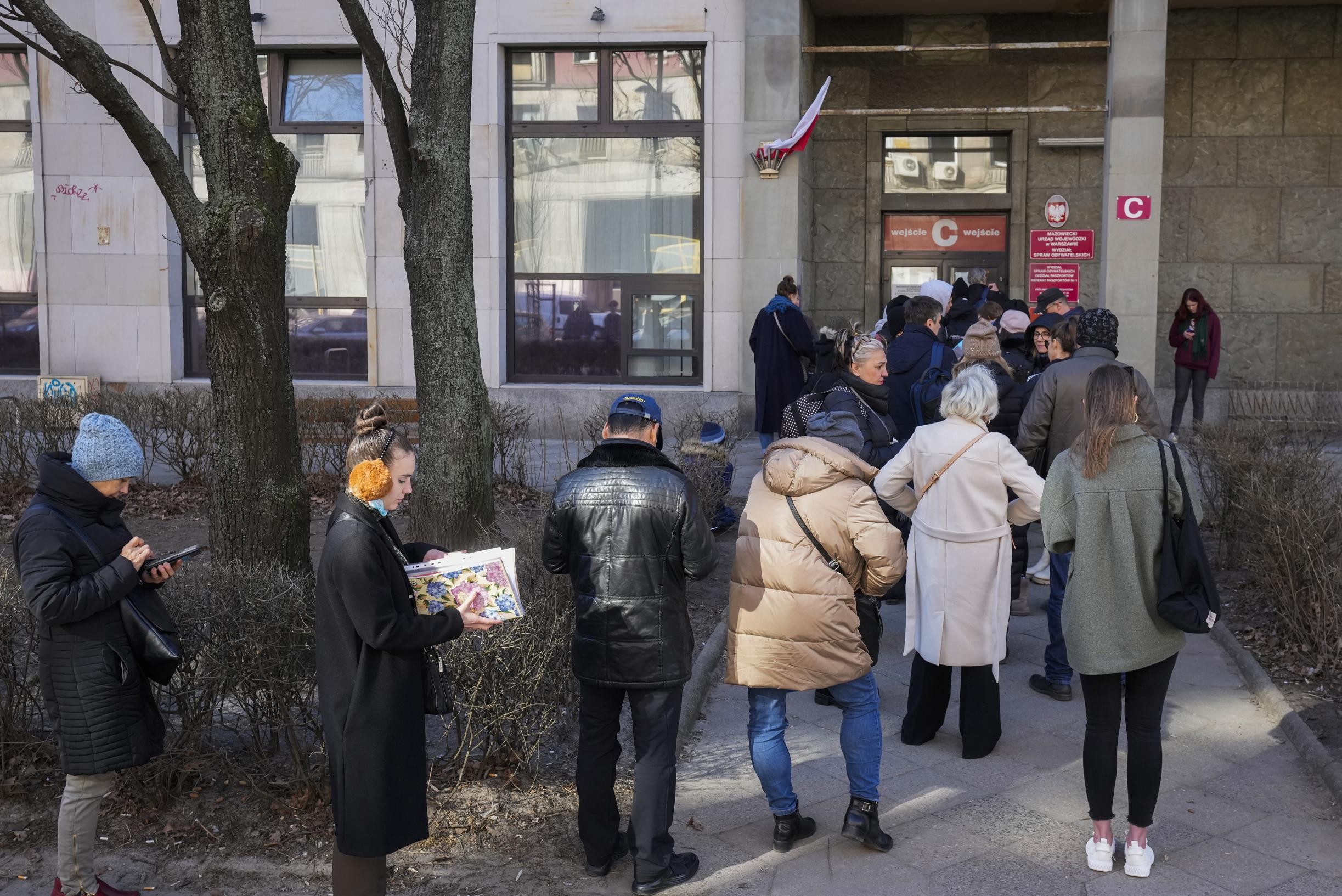 Almost 1.8 million Ukrainians have arrived in Poland since the outbreak of the war, most of them in Warsaw. “The solidarity is enormous and everyone is putting their best foot forward, but the question is how long we can keep this up,” fears mayor Rafal Trzaskowski, who emphasizes that the number of inhabitants in the capital has increased by 15 percent in two weeks.

Only in Warsaw 10,000 to 12,000 Ukrainian refugees arrive daily in the so-called reception centers. These are deliberately set up in train stations in Warsaw, because in this way refugees can be quickly distributed by train or bus to reception places in Poland and other European countries. “Initially, 97 percent of refugees could go to friends or family, but today we see many more people who have no plan and are traumatized by what they saw in Ukraine,” said Mayor Trzaskowski.

One of them is Natalia, 65, who is taking a breather in Warsaw Central Station after a long journey from Zaporizhzhya, which she made alone. “My house was destroyed and my son stayed in Ukraine to fight. He reassures me every day that he is well, but I know he only does that to reassure me. I don’t know where to go and don’t even dare to think how I’ll ever find a new job. It’s simple: Putin has to die, otherwise this hell will go on for a long time.”

No clean clothes with you

The plan of 41-year-old Ana, a pharmacist who comes from Kiev with her 10-year-old daughter, 16-year-old son and dog, is clearer. “Within two hours we travel by train to Germany, where my cousins ​​live. My husband has stayed in Ukraine to fight, but I hope to see him again soon. We don’t even have clean clothes with us, but we mustn’t lose heart. Then Putin will definitely win.”

It is striking that a large number of refugees want to stay in Warsaw itself. “We don’t want to make the long journey to Europe because we want to stay close to Ukraine in the hope of returning soon,” it said. And this is also noticed by Mayor Trzaskowski, who speaks of the “biggest refugee crisis in Europe since the Second World War”. “In our city alone there are already 15 percent more inhabitants than two weeks ago. But we follow the principle: anyone who wants to come to Warsaw can come here.”

However, the pressure on the city of almost 1.8 million inhabitants is increasing day by day. Thousands of volunteers and dozens of NGOs are ready day and night to welcome refugees, provide them with food and drink or lend a listening ear. Trzaskowski speaks of an unprecedented solidarity, but fears that this cannot last much longer. “Creating additional reception places is in principle not a problem, but there must be people to continue to support this. There are also 4,000 Ukrainian children in schools here right now, so the pressure there is also mounting. And this is just the beginning, because this is going to take a very long time.”

Trzaskowski, as a member of the European Committee of the Regions, therefore hopes that the EU, with the help of the United Nations, will develop a structural plan to deal with this refugee crisis. “At the moment it is still too much improvisation. That will work well for a while, but it cannot last for months,” concludes the progressive mayor.