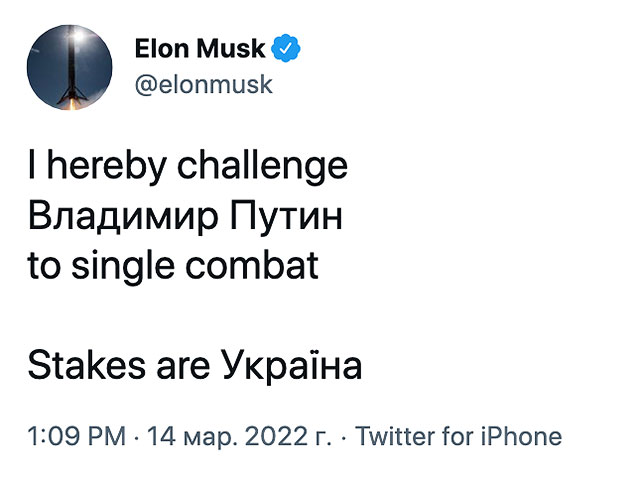 American entrepreneur Elon Musk, founder of Tesla and SpaceX, published a post on the social network Twitter, in which he invited Russian President Vladimir Putin to fight one on one.

Despite the fact that the American multibillionaire is much younger than the Russian president, Putin has experience in martial arts on his side: he has a black belt in judo and was the honorary president of the world federation of this sport. After the invasion of Ukraine, he was stripped of his title.

Note that even in the hypothetical case that Putin accepts the challenge, this or that outcome of the duel will not affect anything. Ukraine is an independent state, the sovereignty of which belongs to the people.