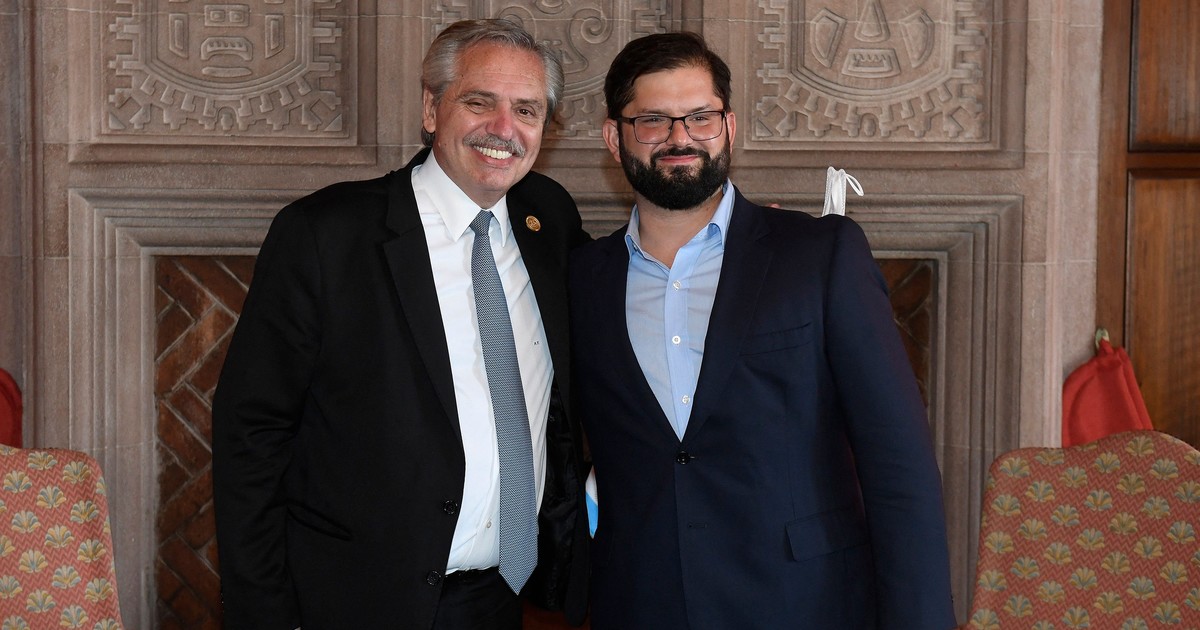 The new president of Chile, Gabriel Boric, announced this Monday that his first international trip will be to Argentina.

“I am in a position to say that I have spoken with President Fernandez so that our first visit is to Argentina”, said the young president. And he added: “I have asked that it not only be in Buenos Aires but that we visit a province in the interior.”

The recently inaugurated Chilean president maintained his intention is to ask “quotas from all South American countries for the migratory crisis”, and that -in turn- “Chile will continue to be a country inserted in the world”.

Days ago, the Argentine president participated on Friday in Chile in the act of inauguration of the new president of that country, and considered the coming to power of the leftist leader as an “expectation for all of Latin America.”

Fernández attended the Chilean National Congress, in the city of Valparaíso, at the handover ceremony from Sebastián Piñera to President-elect Boric, a 36-year-old leader who emerged in the heat of the 2011 student protests in the trans-Andean country.

“With the President we have a common view on many problems and we think similarly,” said the Argentine president after participating in the inauguration ceremony.

The relationship between the Argentine government and that of the recently inaugurated Boric is on the best of terms, to the point that the Argentine President gave a speech at the lunch in honor of the new Chilean president, which was held at the Cerro Castillo Presidential Residence, in the city of Vina del Mar.

At that lunch, both leaders were the only speakers at the time of the toast. It was “an unusual gesture and highly valued by the Argentine president,” they stressed from the Argentine Foreign Ministry.

Fernández’s visit took place within the framework of a “fluid and deep” bilateral relationship, according to the spokeswoman for the Presidency, Gabriela Cerruti, i at her weekly press conference at the Government House.

“Although they have known each other for a long time, in this short time of sharing the responsibilities of governing on one side and the other of the mountain range, the truth is that the relationship between them is fluid, it is deep; and we hope that this will also serve to continue to deepen relations between Chile and Argentina,” said the spokeswoman.