The evacuation of Mariupol has begun 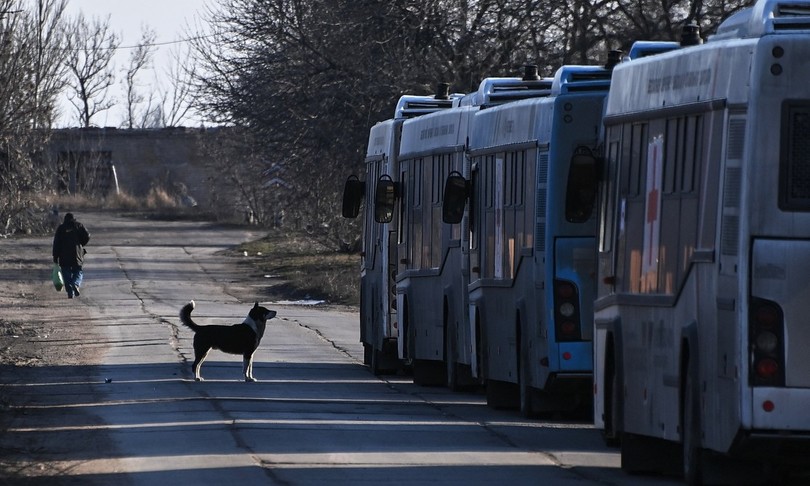 On-line talks have resumed between the delegations of Kiev and Moscow to try to defuse the Ukrainian crisis. A new round is also scheduled for tomorrow. The Ukrainian president, Volodymyr Zelensky, explicitly said that the goal of his men is to try to personally meet the Russian president, Vladimir Putin.

And the evacuations of Mariupol have finally begun, in the south of the country, where a humanitarian corridor has been opened and dozens of cars are leaving the city. According to local authorities, more than 2,500 people have already fallen under the bombings on the city, where the first shipment of humanitarian aid, 450 tons of medicines and other products has also arrived.

After the bombings have drawn closer and closer to Poland with the danger of a further escalation of the conflict, there is great anticipation for the meeting taking place in Rome between Jake Sullivan, United States national security adviser, with Yang Jiechi, a polituro member of the Communist Party of China: an attempt at dialogue between the US and China after Washington claimed that Moscow requested Beijing for weapons and for help in evading sanctions. A request denied by the Kremlin, according to which Moscow is able to continue operations in Ukraine on its own. Sullivan will also meet Luigi Mattiolo, diplomatic adviser to Prime Minister Mario Draghi, tomorrow morning.

2,808,792 refugees have crossed the border, 1.8 million of whom have entered Poland, while another 1.8 million are internal refugees, according to the UN. The Kremlin does not rule out taking control of the major Ukrainian cities.

“Putin has given the order to avoid any immediate assault on big cities because civilian casualties would be huge”, however “the defense ministry does not rule out the possibility of putting big cities under his full control in order to guarantee the maximum security of the civilian population “, explained the spokesman of the Kremlin Peskov.

On the ground, according to Russia, Crimea and Donbass are now “connected by a land corridor through the territory of Ukraine”: “The road from Crimea to Mariupol has been taken under control”, says the highest Russian diplomat in Crimea. , Georgiy Muradov. British intelligence has noted that Russian naval forces have remotely blocked Ukraine’s Black Sea coast, effectively isolating Ukraine from international maritime trade.

Loud explosions were heard in Kiev. At least two people were killed and 10 wounded during the bombing on its outskirts. Fierce battles also take place in the strategic maritime city of Mykolaiv. Images and videos released by the separatist reign of Donetsk in eastern Ukraine show numerous victims of what appears to have been a missile attack on the city, which is held by Russian-backed forces and is the capital of the so-called Donetsk People’s Republic.

Instead, the pregnant woman photographing at the bombed Mariupol hospital died, one of the symbolic photos of that tragedy: the woman was photographed, lying on a stretcher, holding her bloody womb in her hands.

Meanwhile Ramzan Kadyrov, the strongman leader of Chechnya, would arrive near Kiev. Kadyrov, who is accused by international NGOs of serious human rights violations in the republic of Caucasus, has posted on Telegram a video of himself in military uniform studying projects around a table with soldiers in a room; he claims to be in Hostomel, the airport near Kiev captured by Russian forces in the first days of their offensive. According to Kadyrov, the offensive in Ukraine is not going as hoped because it is not brutal enough: in an audio message published in recent days, he addressed the Russian president directly and asked him to “close his eyes to everything and allow to get it over with in a couple of days. ”