Usa, agreement on the Biden plan for the relaunch of infrastructures 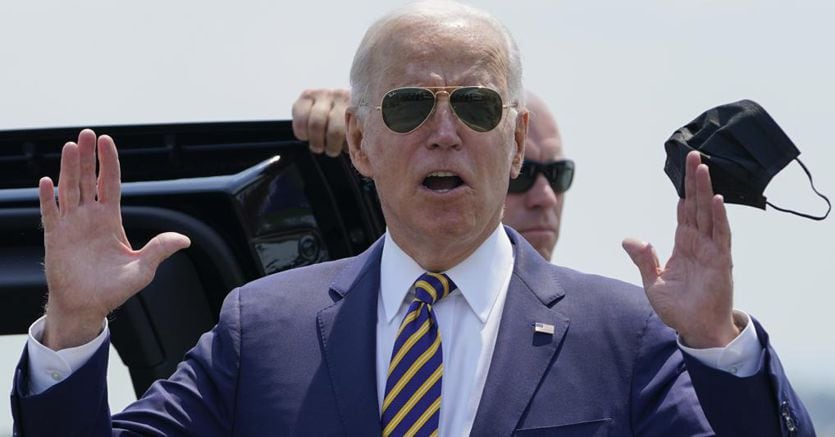 Agreement reached at the American Congress on the bipartisan plan for the relaunch of American infrastructures, which promises one of the largest federal investments in the history of the country in major works, from roads and bridges to aqueducts, mass transport and broadband Internet-

A patrol of moderate Republican and Democratic senators indicated that “major knots” over the details have been unraveled, in the words of conservative Rob Portman- “We have an understanding,” added Democrat Kyrsten Sinema- Democratic Senate leader Chuck Schumer quickly said that a vote to advance the legislation dear to President Joe Biden was imminent, as early as Tuesday night-

The turning point came in a climate of growing pressure to unblock the project- Corporate America has also taken the field in the last few hours- Leaders of 146 major groups – from BlackRock’s Larry Fink and Blackstone’s Stephen Schwarzman to GM’s Mary Barra and Lyft’s Logan Green – have delivered an appeal letter to Congress- They called for averting any risk that the legislation – over $ 1 trillion in eight years – would remain hostage to political battles by preventing completion of its launch by Parliament’s summer break, from August 9 to September 10-

“The Bipartisan Infrastructure Framework is desperately needed to renovate and rebuild our crumbling infrastructure,” the chief executives denounced- What’s more: strengthening and modernizing the physical and digital network is “fundamental for a sustainable growth of the country”, not only for the recovery from the recent crisis but for the future competitiveness of the economy- The plan, they promised, will be accompanied by large private investments- And they cited the popular consensus – 8 out of 10 Americans in the polls – obtained by the great works-

However, the negotiations to sign the agreement were long and difficult, involving both Congress and the White House despite the official expressions of optimism- A tension betrayed to the last by the controversies that have complicated an understanding of principle announced over a month ago by the bipartisan patrol of moderates- The parties have been at loggerheads on crucial chapters: from a formula that in transport sees 80% of funds to the roads and 20% to mass transport, to the inclusion of requirements on wages and working conditions, from funds for Fast internet and drinking water quality in disadvantaged areas due to cross vetoes on the finding of resources by heavy taxes on petrol (favored by the Republicans) or by the fight against tax evasion by strengthening the tax authorities (invoked by the Democrats)-