Poland: The number of refugees fleeing Ukraine has risen to 1.83 million 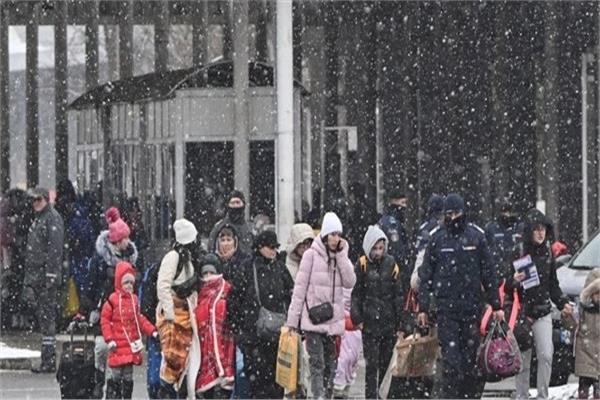 The Polish Border Guard Agency announced today, Tuesday, March 15, that 1.83 million people fleeing Ukraine have entered the country since the start of the Russian military operation, on February 24.

And the agency reported – in a tweet on the micro-blogging site “Twitter” that Radio Poland transmitted in its English-language bulletin – that only on Monday, 71,600 refugees entered the country fleeing Ukraine.

The radio indicated that most of those who crossed the border from Ukraine are Ukrainian citizens, and there are also among the refugees, citizens of countries from the continents of Asia and Africa.

In a related context, Polish Minister of Culture Piotr Glinki expressed, today, his country’s readiness to help Ukraine protect its cultural heritage, national archives and works of art in light of the ongoing fighting with Russian forces in several regions of the country.

Glynchki said – according to Radio Poland – that his country will provide storage places in the event Ukraine decides to transfer the art pieces to protect them, expressing his hope that the situation will not reach such a point and that Ukraine will be able to defend itself.

The Polish Ministry of Culture had announced the provision of Ukrainian cultural institutions with equipment that would enable them to protect and maintain artistic pieces such as fire extinguishers, mineral wool and others, noting that the loss of Ukrainian cultural heritage would be an irreparable loss.

Under the legislation, Ukrainians who fled their country would be given a national ID card and legal residence in the country for 18 months, Ukrainians would be allowed to work in Poland and use the country’s public health care services, and Ukrainian schoolchildren and university students would be able to complete their studies in Poland.