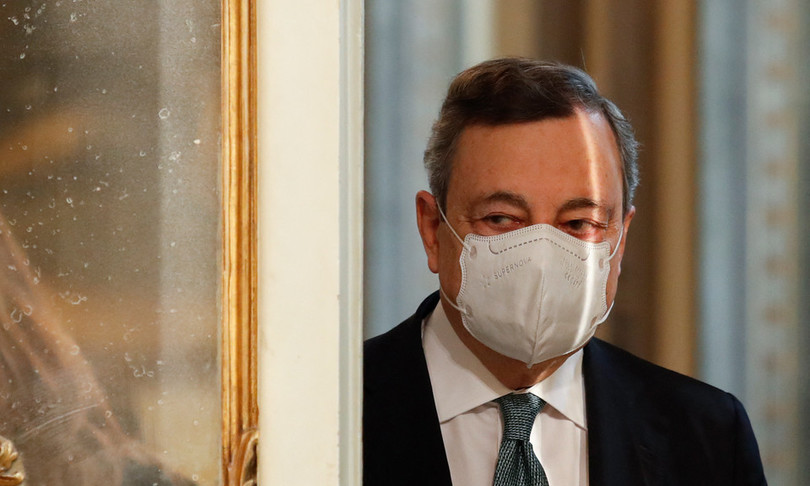 It is absolutely necessary to prevent the way of acting that we have seen in recent weeks in Ukraine from becoming “a method: the rules of international coexistence would be upset”. is the alarm launched by Sergio Mattarella, yesterday, during the anniversary ceremony of the signing of the Lateran Pacts. One of the main themes at the center of the conversation with the Holy See is, in fact, the Ukrainian crisis. The Head of State underlines that we find ourselves in the “serious and unprecedented situation of a powerful country that violently invades an independent country to impose its own choices” and this “creates alarm and growing concern throughout the world”. Mattarella does not forget the many other crises that have invested and are affecting the Middle East and Africa, but points out that the aggression of Ukraine “it is frightening because it risks starting a drift of conflicts that can extend with further dangers“.

But, on the Italian diplomatic front, yesterday was centered around the conversation between the Prime Minister, Mario Draghi, and the United States National Security Advisor, Jake Sullivan. Draghi and Sullivan shared the firm condemnation of the unjustified aggression by Russia and the need to continue to pursue a decisive and unified response to Moscow.

The premier and the US adviser then agreed on the importance of further intensifying contacts between Italy and the United States at all levels, in light of the excellent bilateral relations and the transatlantic link. Yesterday Sullivan met, also in Rome, the head of diplomacy of the Chinese Communist Party, Yang Jiechi. And, in view of the European Council next week, Draghi will have a meeting in Rome with the Spanish Prime Minister Pedro Sanchez, with the Portuguese Prime Minister Antonio Costa, and in video link with the Greek Prime Minister, Kyriakos Mitsotakis. The four-party summit is set for Friday at 11 and the goal would be to join forces in the battle to support the introduction of an EU gas price cap.

Meanwhile, the government is working for cope with increases in the price of energy and fuel, with measures to be taken to the Council of Ministers probably tomorrow. To counter the fallout from the crisis in Ukraine, there is currently no budget gap foreseen, the goal is “to preserve the stability of public finances”.

However, the government is preparing to pass one or more decrees and to commit itself “to further measures on the energy crisis fronta, in particular on the front of a European ceiling on gas import prices. “The extra VAT revenue on fuels in recent months will be used and the extra profits of companies in” some of the sectors concerned “explained Palazzo sources Chigi. The aim is to pay in installments and reduce energy bills and cut the price of petrol and diesel. On the front of the European ceiling on gas import prices, some countries such as Germany and Holland but Italy are slowing down. he will bring the issue to the table of the European Council The parties are pressing.

After the denunciation of the Minister for Energy Transition Cingolani (the Public Prosecutor of Rome has opened an investigation file) they are asking for measures to put a stop to speculation, to meet the categories and thus support businesses and families. In the meantime, the examination of the Ukraine decree continues today in the Chamber. Yesterday, at the start of the voting on the amendments (presented for the most part by representatives of the Mixed and the Alternative component), the issue of sending weapons sparked the debate, highlighting some ‘crevasses within the 5-star Movement, where a small group of deputies is against the active participation of Italy, but individual distinctions have also arisen within IV and Forza Italia. Also in Montecitorio, at 4 pm, there will be an information from Foreign Minister Luigi Di Maio.

From 15, however, there will be one extraordinary meeting of the presidents of the lower houses of the G7 countries on the developments of the conflict in Ukraine. The videoconference meeting was convened by the President of the Bundestag, Barbel Bas, as the rotating president of the parliamentary G7, on the proposal of the Speaker of the House, Roberto Fico. The president of the Ukrainian Parliament, Ruslan Stefanchuk, will also participate in the first part of the meeting. The presidents of the chambers, Roberto Fico and Elisabetta Casellati, endorsed and renewed the appeal launched by Foreign Minister Luigi Di Maio, who advised against parliamentary missions to Ukraine. “I have already called all the presidents of the parliamentary groups to advise against the trip to Ukraine. And, as Speaker of the Chamber, I do not recommend it. I ask not to participate, if possible. Then it is up to everyone’s good will. But my advice is not to participate, “said Fico, who confirmed that he was working to make a deputy liaison of Ukrainian President Volodymyr Zelensky with the Chamber.