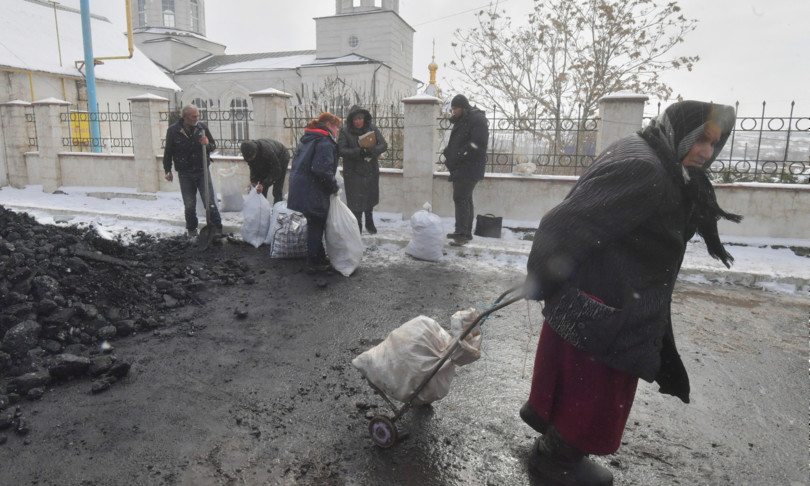 On the 21st day of the war, the Russian president, Vladimir Putin, assured that Moscow does not want to conquer Ukraine, which however, he added, it must not be a threat to your country. Putin spoke of the “success” of the Russian military operation, while the Ukrainian Armed Forces launched unspecified “counter-offensives in various operational areas”.

The Kiev General Staff claims that “the Russians are retreating in some directions“and British intelligence spoke of a” stalemate “in the Russian offensive, whose forces are” reluctant to conduct off-road maneuvers “and whose maneuvers have also been hampered” by the destruction of bridges by the Ukrainian forces “.

For its part, the Moscow Ministry of Defense has rattled off the “successes” on the ground since the beginning of what it calls the “special operation” in Ukraine: “Destroyed 111 fighter jets, 68 helicopters, 160 drones, 159 missile systems defense systems, 1,353 tanks and other types of armored vehicles, 129 rocket launchers, 493 artillery and mortar systems and 1,096 special military vehicles “.

During the speech at the US Congress by Ukrainian President Zelensky, it was a video document on the war was shown. Chilling images with a review of the faces of weeping, wounded children, of bodies thrown into pits. “It’s a September 11 that has been happening every day for three weeks,” the president said, reiterating his call for a no fly zone.

Meanwhile, Kiev has claimed responsibility for the killing in battle at Mariupol of the Russian general Oleg Mityaev, but Moscow has not confirmed. Kiev also reported that the mayor and deputy mayor of Skadovsk, a town of 18,000 inhabitants on the Black Sea in the Kherson region, were kidnapped by the Russian armed forces. In a post on Facebook, the mayor then assured him that he had been released.

A TV tower in the central city of Vinnytsia was hit by Russian rockets, there are no casualties. So far the communication towers in Kiev, Kharkiv, Vynarivka have been hit and, more recently, in the northwestern city of Rivne. Rivne authorities now say 21 people were killed in the attack.

Foreign Minister Luigi Di Maio warned that refugees could reach 5 million. In Ukraine, he added, “346 Italians remained, but less than 40 want to leave, the others want to stay”.

Meanwhile on the ground, doubts remain today, on the opening of the humanitarian corridor from one of the cities most exhausted by the Russian siege,

Where the Russians have control of a hospital where they hold about 400 people hostage including patients and medical staff. According to the Ukrainian Deputy Prime Minister, the Russians started shooting from the health facility, endangering the corridor to evacuate civilians (so far the inhabitants who have managed to escape are 20,000). Furthermore, according to local authorities, the city was also attacked for the first time by the Sea of ​​Azov as happened also in ODESSA where two injured were recorded.

The second largest city in Ukraine was attacked again in the night; the toll of the emergency services is of two dead people and two destroyed residential buildings. According to local authorities, 500 civilians have been killed in the city since the war began. According to Ukrainian media, Russian troops fired on a group of people lined up for bread killing at least 10 civilians.

Russian forces have intensified fighting in the suburbs, particularly around the city of Bucha in the northwest and on the highway leading west to Zhytomyr, Kiev region governor Oleksiy Kuleba said. Russian troops are reportedly trying to isolate the capital from transport routes and destroy logistical capabilities in preparation for a wide-ranging attack to take the city. Witnesses in the village of Nemeshaevo, about 35 kilometers north of the capital, speak of “continuous explosions”.

A refuge for people fleeing Mariupol, it has been the target of attacks that hit civilian targets for the first time. “Civilian sites in Zaporizhzhia were bombed for the first time,” regional governor Oleksandr Staruj wrote on Telegram, reporting rockets on the Zaporizhzhia-2 train station.