In Russia, journalists and public officials enter into an “agreement with conscience” 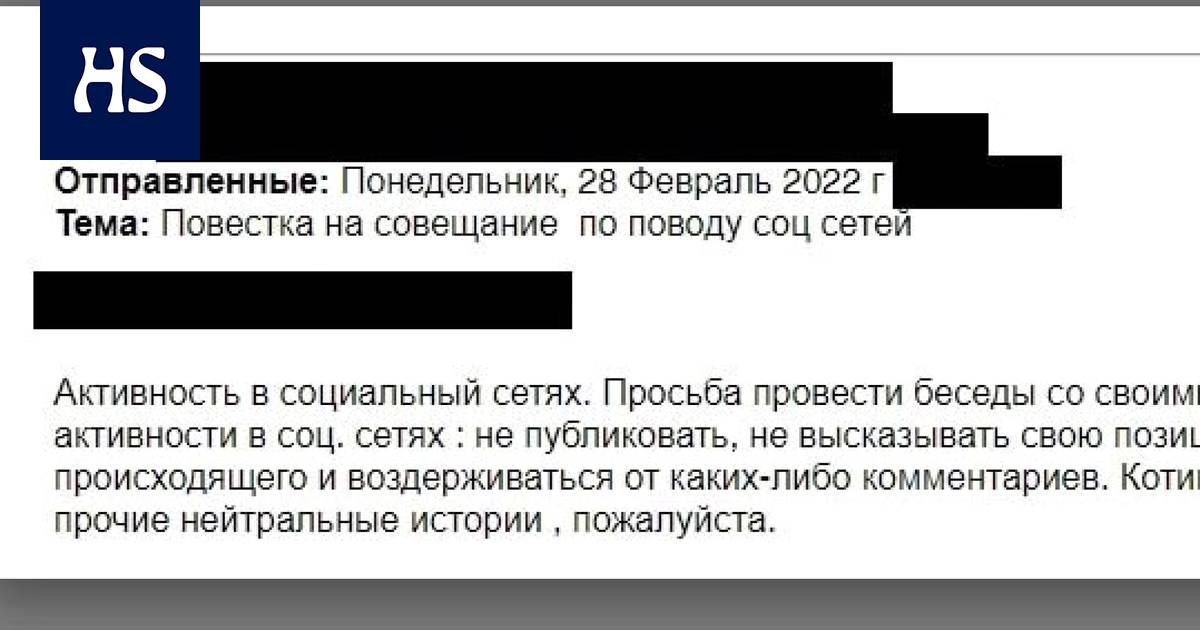 Journalist Mikhail writes about the written and unwritten rules of the Russian media. “It’s the third time in my career that we have to remove Ukrainian bands from our playlists,” a radio reporter tells him.

”Me we all made a deal with our conscience because we are still working in the media controlled by the Russian state. ”

This is often what my friends and colleagues say Artem41.

His deal is presumably light-hearted compared to that made by journalists working for state-owned NTV or Russia24 news channels.

“You can’t write about celebrities who openly opposed Putin.”

Artem has been doing music and cultural journalism for over 20 years. Even a Russian journalist wandering the marvelous tantrums of fashion and emotion must always smell what the wind is blowing from.

“Celebrities who openly opposed Putin are not allowed to write,” Artem says. “It’s okay if the artist doesn’t pay any attention to politics. It is also the case that the interviewee makes only slight criticisms of the Russian way of life and the political system. But if you dare to criticize the person of Vladimir Vladimirovich, your professional career will end there. Your concert will be canceled for the most imaginative reasons and the Russian press will forget you. ”

Artem is undoubtedly right. Personally, I am not deeply acquainted with Russian music life, but I can still confirm that Andrei Makarevitshin songs are hardly ever heard on today’s Russian radio stations. His legendary band Mashina Vremeni had been immensely popular until the late 1970s, when the band’s leader and Putin plunged into a widely publicized dispute in 2014 after Russia conquered the Crimean peninsula. Makarevich sharply criticized the annexation of Crimea.

This was all an everyday reality before the war. Now the situation is worse, both in the media and everywhere else in Russian life.

“This is the third time in my career that we have to remove Ukrainian bands and singers from our playlists,” says Marina, 51, music editor of a Russian radio station. “However, I have never seen any written instruction on this matter anywhere. The editor-in-chief just comes and says that this or that is no longer allowed. ”

Otherwise like Marina, I also have written evidence of the relationship between the state and the “independent” media. It is a six-page documentary from the Russian presidential administration to the leaders of the main national sports media.

This, in turn, is from 2022: “We recommend that you hold discussions with your staff about their personal activities on social media. They are not allowed to express their views on the subject, flick any information or comment on anything. Cats, food, strong favorites, fashion and any neutral subject, please stick to them. ”

This is stated in an email sent to the department heads by a huge holding company in the media industry in late February.

Things you can and can’t show. Fontanka told of the case of Maria Ovsyannikova, but covered the text of the sign she waved on the screen to avoid prosecution.

At the same time At the time, the TV channel Saint Petersburg was preparing to broadcast a ten-hour TV marathon dedicated to the eighth anniversary of the annexation of the Crimean peninsula to Russia. The program will be broadcast from 12 noon to 10 pm on Friday, March 18th.

After the show, viewers will still be offered a “support concert for soldiers participating in the liberation of Donbass and a special operation in Ukraine.” The title of this presentation is “Russian Spring”.