Lukashenko: If Zelensky refuses to agree with Putin, he should surrender 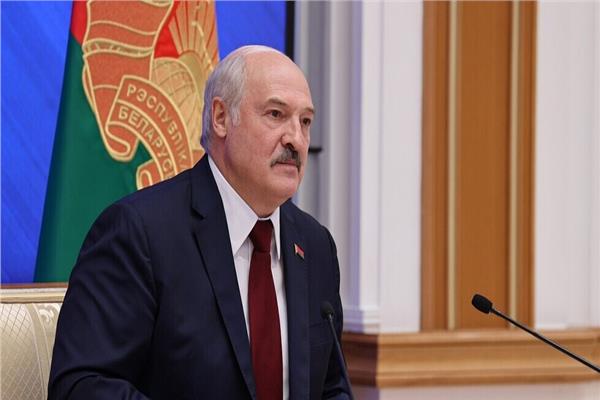 Belarusian President Alexander Lukashenko has announced that if Ukrainian President Volodymyr Zelensky refuses to conclude an agreement with Russian President Vladimir Putin, he will have to sign a surrender treaty.

Lukashenko’s comments came during an exclusive interview with the Japanese channel “TBS”, carried by the Belarusian agency “Belta”, during which he said: “I will tell you for the first time something Putin is offering Zelensky, and I know perfectly well this, a completely acceptable version of the agreement, and today it is still possible for Ukraine and Russia to reach to an agreement by signing Zelensky.

“If Zelensky does not agree to this, believe me, he will have to sign the surrender treaty in a short time,” President Lukashenko stressed.
Lukashenko expressed his conviction that Russia will not lose this war, saying: “I am 100% convinced how the war will end, and Japan knows better than me.”
Lukashenko considered that the Russian military operation in Ukraine will end peacefully soon, noting that Minsk considers itself a mediator between the two parties and plays an important role in the talks between Russia and Ukraine.
Lukashenko stressed that the Ukrainian military forces fired a number of missiles at Belarus, and the matter was dealt with at the time, and Minsk is a mediator between Moscow and Kiev and does not participate in this military operation.

On the ground, the Russian military operation in Ukraine continues for the 22nd day in a row, since it began on February 24.