Report: The Russian advance slows down, but kills dozens of civilians 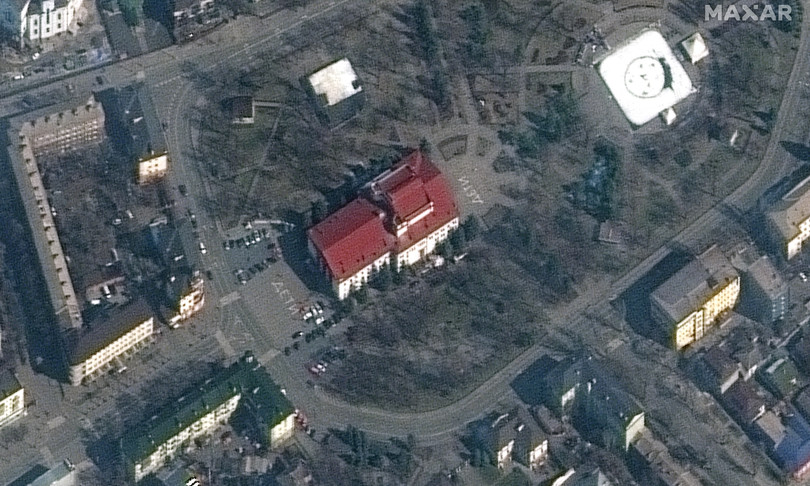 On the twenty-second day of the Russian invasion of Ukraine, Russian forces suffer heavy losses on the battlefield, continue to hammer cities and countries (over a thousand missiles launched, according to US sources), but slow down the advance. in the meantime the civilian death toll is getting worse; as for the Russians, according to US intelligence they have already lost over 7,000 soldiers in the war.

In the city of Merefa, in the Kharkiv region, in the Northwest, 21 people were killed and 25 were injured by a bombing that took place during the night on a school. Casualties also increased in the northern Ukrainian city of Chernihiv, where 53 people were killed in Wednesday’s bombing. The city of Volnovakha remained only “on the map”, denounced the Ukrainian Defense Minister, Oleksii Reznikov.

The capital remains under Ukrainian control despite heavy bombing but attempts to encircle and isolate it continue. It is not excluded that the Kremlin may try to starve Kiev in order to bring it down. At dawn, parts of a Russian cruise missile intercepted by anti-aircraft hit a residential building in the capital, causing the death of an old woman and three wounded.

The Ukrainian army claims to have repelled the attacks on the suburb of Vyshgorod and in other parts of the northern defenses of the city. Ukrainian generals in the city try to keep Russian artillery out of reach of the center.

Meanwhile, in the port city of Mariupol, rescuers have begun to extract the first survivors, so far 130, from the rubble of the theater bombed yesterday. But it is by no means clear how many people survived the structure, the Dramatic Theater, which in the days preceding the attack had been used as a refuge by a thousand people. Italy, with Minister Dario Franceschini, has already offered to rebuild the theater.

But the efforts of the rescuers are hampered by the constant bombing. in the meantime approximately 30,000 civilians have fled the city with their own means of transport where “90% of the residential buildings have been destroyed” and where 350 thousand people remain hidden in shelters.

More generally fighting continues in the Donetsk and Luhansk regions; in the Northeast, Russian troops nearly surrounded the city of Sumy, bombing vital infrastructure and disrupting supply routes.
Meanwhile, Ramzan Kadyrov promises help to Moscow: the ferocious Chechen leader ally of the Russian president, Vladimir Putin has made it known that “a thousand” Chechen volunteers have left and are on their way to Ukraine.