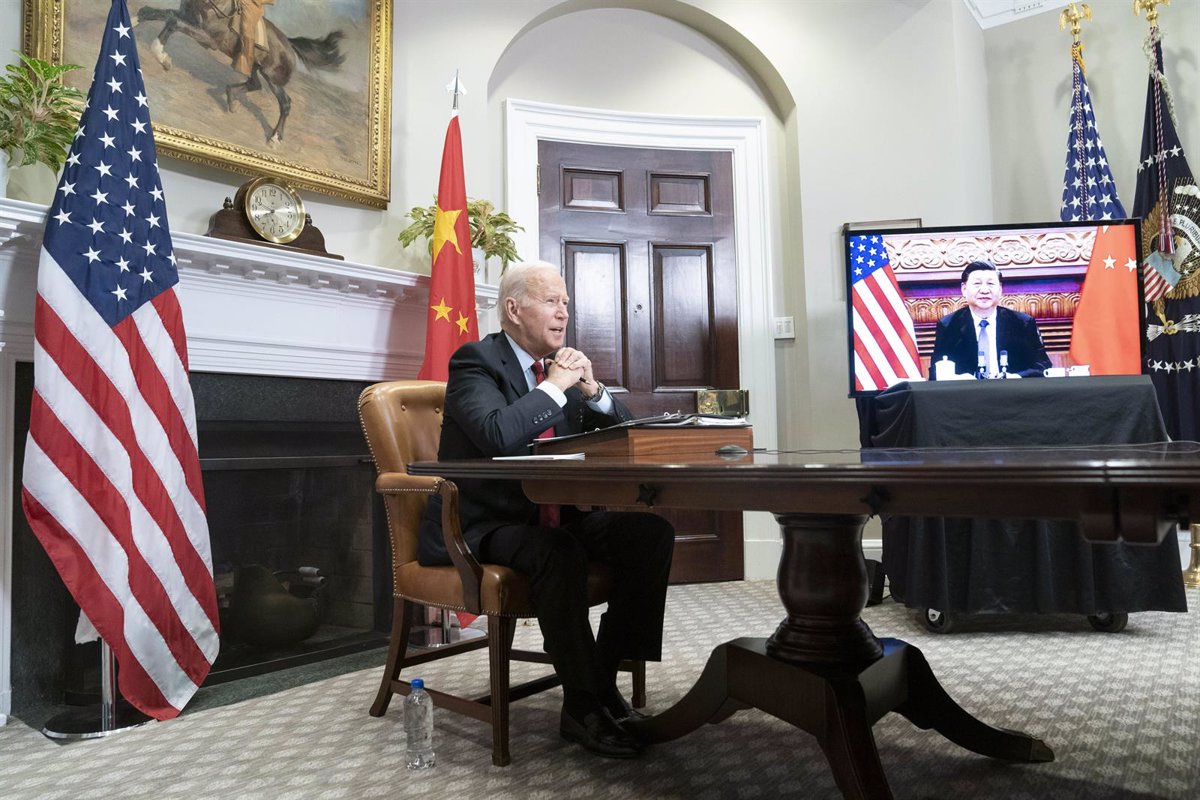 The Chinese government has warned that it will not allow the United States to exercise any kind of “coercion” against its companies or individuals to force Beijing to take a stand against the Russian invasion of Ukraine.

This notice is released on the same day that the presidents of the United States and China, Joe Biden and Xi Jinping, will hold the highest-level telephone conversation between the two countries since the beginning of the invasion, on February 24.

It must be remembered that the Chinese authorities have called for a negotiated solution to the conflict without ever speaking out openly against the incursion of Moscow, its close economic ally against the Western bloc.

In this context, Chinese government sources on condition of anonymity have explained to the Global Times, the Chinese international state newspaper, that the Chinese president has accepted Biden’s request to start a dialogue “out of consideration for bilateral relations” before insisting that Xi will ask Biden to “take the right position” and commit to dialogue to resolve the situation.

Specifically, the Chinese president will look to Biden to “fulfill his commitment to avoid a new Cold War, refrain from strengthening any alliance against China, reject Taiwan’s “secessionist” ambitions, in addition to “bringing bilateral relations back to the right path of a solid and stable development.

However, the Chinese government wanted to denounce some “irresponsible comments” from officials of the US government, without specifying, which seem to have become “common practice” by the United States.

The same sources of the ‘Global Times’ insist that “China will never accept threats or coercion from the United States” and that “if Washington adopts measures against the legitimate interests of Chinese companies or individuals”, Beijing “will not sit idly by and will formulate a forceful answer”.

In a further example of Beijing’s double stance, these sources explain that, since the beginning of the crisis, “China has made an independent assessment and constructive efforts” on the situation, before emphasizing — in a new nod to Ukraine — that “respects the sovereignty and territorial integrity of all countries, although, “it also pays attention to their security concerns” such as those exhibited by Russia on the expansion of NATO in Eastern Europe.

The sources again point to the United States as the “initiator of the crisis in Ukraine” and ask Washington to “reflect on the role it is playing, assume its historical responsibility, undertake concrete measures to resolve the crisis and earn the trust of the international community”.