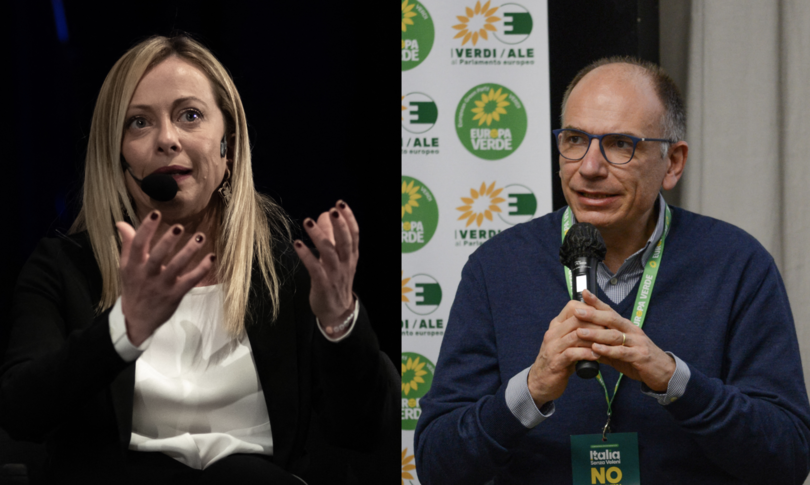 The war in Ukraine, as is evident, has redefined the media agenda and political priorities. And this has had concrete effects both on the activity of the Government and – as we have been seeing for weeks now – on the opinions of Italians in relation to various issues not strictly linked to electoral orientations. From this last point of view, however, the situation has started to move again, accentuating trends already glimpsed in the last period.

In the Supermedia of the polls, in fact, what until a few months ago was an almost perfect quadripolar competition is increasingly found to be a “race for two” between the Democratic Party and the Brothers of Italy, the only two parties above 20% and today divided by just under one point (0.8%).

Behind them, the Lega (-0.7%) and the Movimento 5 Stelle (-0.5%) are losing more and more ground, both of which set yet another negative record since the beginning of the legislature: a legislature that began with the political elections of 4 March 2018, in which the two parties led by Salvini and (then) Di Maio had together obtained 50.1% and which sees them today – 4 years later – collect exactly 30%, with a negative balance of over 20 points. As we said, the trend that sees Lega and M5S lose ground, to the advantage of PD and FDI, is not a recent novelty, but the mere continuation of a trend that has been underway since the inauguration of the Draghi government, which took place over a year ago.

As far as the Government is concerned, this week we must report a first “crunch”. The crisis in Ukraine has in fact indirectly affected the confidence in the executive on a double front: on the one hand, that of the international role of Italy, placed – according to some – in the background compared to other European countries (such as Germany and above all France) as regards diplomatic initiatives against Russia; on the other hand, due to the repercussions on the price of energy, and in particular of fuels, which the Government has so far struggled to counter with the necessary timeliness [LINK https://www.agi.it/politica/news/2022-03-14/governo-lavora-taglio-prezzo-benzina-e-rate-bollette-energia-15992330/ ].

A signal relating to the first aspect comes from the Ipsos survey published on Tuesday evening, according to which “only” 48% of Italians promote the premier’s international action, with 40% rejecting it: despite the prevalence of positive judgments, yes however, these are worrying signs for a national unity executive in a crisis such as this.

The second signal, relating to the second aspect, comes instead from the latest Demopolis survey, according to which 60% of Italians consider the Draghi government’s action to contain the costs of bills and the price of fuels “insufficient”. Faced with these data, it is therefore not surprising that the set of political forces that make up the majority record the worst ever since the current executive took office – even if it is still a figure higher than 70 %. It cannot be overlooked that this figure is primarily due to the decline of Lega and M5S, which are part of the majority but which – for different reasons – constitute the most “suffering” components, most recently also due to the extremely harsh attitude towards Russia adopted by the European Union and fully married by the Prime Minister.

There are also divergent opinions on the actions to be taken in relation to the conflict in Ukraine. If the overwhelming majority of Italians continue to be united in condemning Putin’s Russia (indicating it as the main culprit of the conflict) and in fears of an escalation that could have dramatic consequences, there is greater division on other points on the agenda. In particular, the dispatch of weapons to Ukraine decided by the government finds a substantial share of voters skeptical: according to Demopolis, 43% of Italians consider it “appropriate”, against 38% who consider it “inappropriate”; for SWG, those in favor are 42% against 44% against; for EMG; finally, even the absolute majority (55%) would disagree with sending arms to Ukraine. To complete the scenario outlined by these data, a vast majority of people opposed to Ukraine’s accession to NATO (62% for EMG) and even more to the establishment of a “no fly zone” (requested by Ukrainian President Zelensky) should be pointed out. , which according to Demopolis as many as 83% of Italians would be against, worried that this could favor a military escalation with unpredictable and potentially devastating results.