Biden to Xi: China should show its colors in the Ukraine conflict 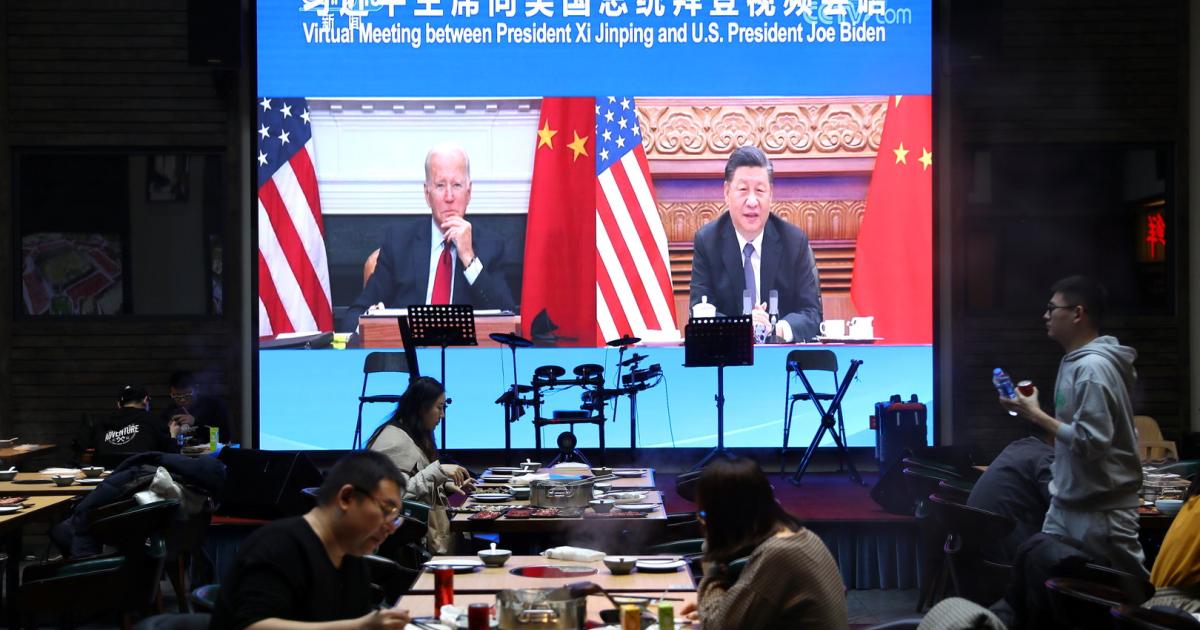 The US President wanted to prevent his counterpart from getting too close to Putin – otherwise there would be consequences.

In 1972 Richard Nixon opened the door to the West on his historic journey to China. Is Joe Biden Slamming It Again Half a Century Later? At his tense telephone summit with his counterpart Xi Jinping on Friday, the US President indicated serious economic and political consequences should Beijing continue to side with Moscow in Russia’s war of aggression against Ukraine.

US Secretary of State Tony Blinken had previously officially expressed concern for the first time that Beijing could “supply military goods directly” to Russia in order to continue the illegal war against Ukraine, and also act economically as a shock absorber against the massive Western economic sanctions.

Beijing rejects this as disinformation, but has so far refrained from any criticism of Russia. The giant empire adopts Moscow’s propaganda, avoids the word “invasion” as far as possible, blames the USA and NATO for the situation in Ukraine, abstains from voting in the UN Security Council when condemning Moscow and abstains in the UN General Assembly – differently than over 140 states – the voice. Beijing is also spreading false Russian reports about the alleged US use of bioweapons in Ukraine. There is no longer any talk of the integrity of the “territorial sovereignty” of all countries, an iron principle of Chinese geopolitics, in relation to Ukraine.

Biden’s telephonic Xi ​​initiative, the fourth since he took office and the first in four months, aimed to better understand the state of the pledge of allegiance Xi Jinping and Vladimir Putin made to each other on the sidelines of the Beijing Winter Olympics opening ceremony in Beijing February gave. In a 5,000-word manifesto intended to herald a “new era in the world order,” the leaders declared that their countries’ friendship “knows no bounds.”

In the future, the United States, which is perceived as a hegemonic power, wants to be attacked with combined forces. Motto: Beijing, like Moscow, benefits from what Washington harms. Biden, on the other hand, sees Beijing as having a duty to warn Russia to comply with international rules. There are parallels between Putin’s ambitions to become a great power and China’s demands in dealing with Taiwan.

US Secretary of Commerce Gina Raimondo threatened that should China expand its complicity with Russia and undermine the Western punitive regime, Chinese companies would be decoupled from American equipment and software (keyword: semiconductor industry) through secondary sanctions. In addition, the United States would ensure that China’s most important export relations – the United States and Europe – would be permanently disrupted.

It would result in an oath if Xi would cushion the West’s hardest blow against Moscow to date: By freezing Russian reserves of 300 billion US dollars, Russia is getting closer to national bankruptcy by the day. China could help its neighbor by converting Russian yuan deposits into US dollars. This would weaken the western sanctions regime. The US would react.

According to analysts, the top-level talk marks a turning point for US-China relations. If Xi later commits to stepping down from the role of spectator and urging Russia to cease hostilities, “a competitive co-existence” of the superpowers is possible.” Conversely, the US would build an international front to isolate Beijing.