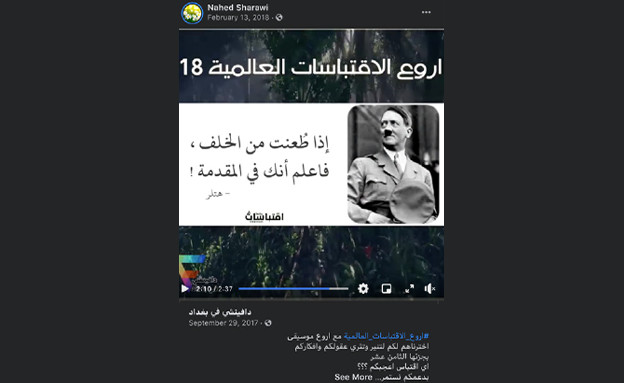 “Teachers promoting terrorism and anti.Semitism”: More than 100 teachers and staff of UNRWA, the UN agency that operates schools and social services for Palestinians, have actively promoted on social media violent, anti.Semitic and expressions of support for violent attacks on Israelis – according to a new report released today (Monday) Human Rights UN Watch.

The document states that UNRWA workers working in Gaza, Judea and Samaria, Lebanon, Syria and Jordan, have publicly acted against anti.Semitic, anti.Israel incitement and support for terrorism. Your spirit and your thought. “

Another example is the teacher Hosni Masari who teaches in Judea and Samaria and posted a post with antisemitic content about a conspiracy that the Jews are plotting to rule the world, invented the corona and want to destroy Islam. Another Hamas operative is portrayed as a hero under the caption: “We will return to the land – our land and return to it.“

The report lists 113 cases that the human rights organization was able to document, including on the Facebook pages of those other teachers and UNRWA employees, but it is estimated that the phenomenon is much greater. It was also written that despite the many references the organization made to UNRWA with documentation of the same expressions, the organization did not take any measures against the instigating teachers.

Hillel Neuer, director general of UN Watch, said: “UNRWA, which claims to have ‘zero tolerance for incitement’, continues to knowingly and consistently employ supporters of terrorism and anti.Semitism. We call on UNRWA governments to take action and break the cycle. Evil puts new generations educated on hatred and violence against Jews. “UNRWA must publicly condemn the agency’s employees who incite terrorism and anti.Semitism and stop their work immediately.“