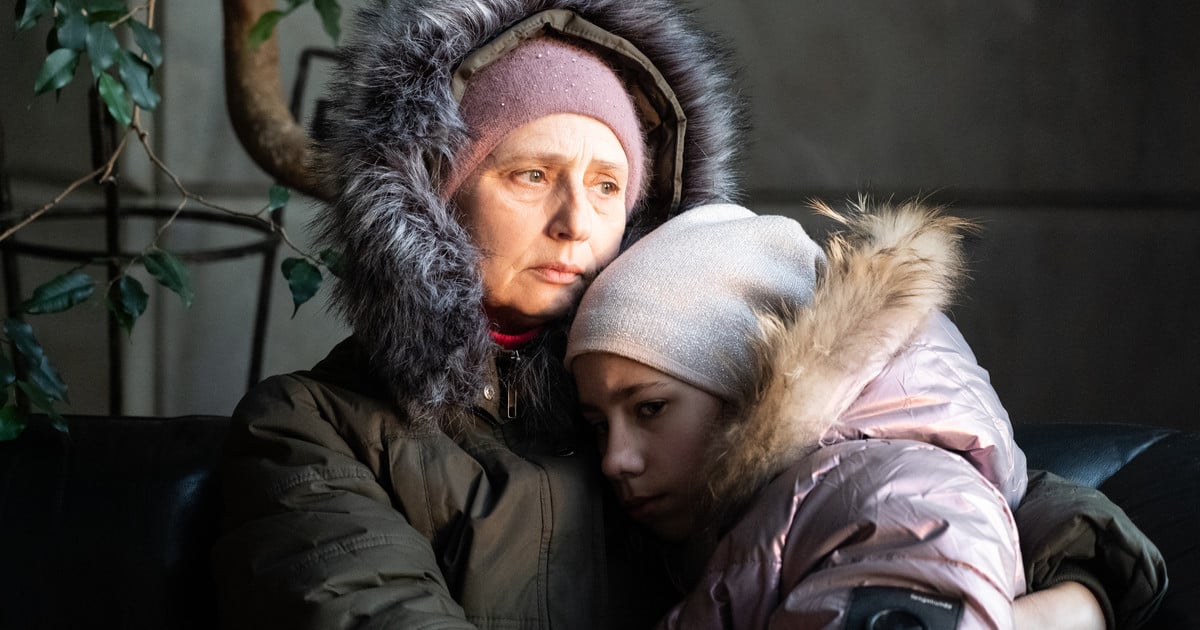 The team of Clarion He arrived in kyiv last Thursday aboard the humanitarian train that connects Lviv with the Ukrainian capital. It was after nine o’clock at night when the formation stopped at one of the Central Station platforms.

The curfew had already begun, which is repeated every day between 8:00 p.m. and 7:00 a.m., and the order of the authorities was that not even with government accreditations could the correspondents leave the terminal. A long night lay ahead inside the immense building of brutalist architecture from which formations leave for all points of this country and Europe, in times of peace.

So, the dark. kyiv shuts down completely when the curfew begins. It turns into a pitchfork. Everything is black. In its midst, checkpoints and checkpoints inhabited by armed men can become extremely dangerous places. At night in kyiv anyone can be shot. The street is not a place to be. The terminal, for its part, becomes a void without reference points.

The envoys got off the train and walked along a stripped platform devoid of people, but dotted with policemen armed with machine guns and dogs. Credentials and passports presented and the passage was freed to look for a place to sleep within the same terminal.

Shelter of the station.Kiev. Photo by Francisco Argerich Hoffmann

It was ten at night and we had to wait until seven in the morning. The temperature kept dropping. The building was filled with hundreds of people, mostly exiles, who were also surprised at night in full transit to somewhere.

The Central Station became a habitat of zombies, of tired men and women, who moved with the slowness of a shadow in the frozen night. Also with the certainty of lax weather, prevented from doing anything until the next morning.

The envoys huddled with all their clothes on in a children’s playground. One of them detected an empty little wooden house and went to sleep, legs out, inside the barbie doll’s hut. Around the envoys, the future refugees also dozed. Lost people again, people without direction, watched by the police.

You had to move because sleeping could be torture. Taking photos at night was also not a good option. At the first movement in that direction, a police officer armed for combat said: “No papparazzis in this station!”.

​Find coffee in a machine with local bills, another chance to kill time. But it was necessary to exchange dollars for local currency. Eat pistachios to exhaustion, but the pistachios are gone fast. Go around in circles to combat the cold.

For smokers, the scenario of confinement in the long military curfew was even worse. Smoking meant going out on the platforms, with ten degrees below zero, to whistle without freezing. It was returning from one of those raids, that a door appeared and on the other side a splendid room like the Hermitage.

Displaced women and children inhabited the site. The place had optimal heating. It was managed by a humanitarian NGO and there was room for journalists who wanted to spend the night too. It was the difference between life and death by freezing.

In times of war, invaded countries host hundreds of global solidarity and human rights organizations. They settle in the territories to carry out their multi-target campaigns.

Just as one organization can take care of the families of fallen soldiers, another offers itself as a large global kitchen to distribute its food to needy populations under siege. A local organization, in this case, had conditioned that large beautiful room to give tea, coffee, cookies to those who visited the site.

With the great news of the move at the door, the envoys moved to the found room. The night became passable and curfew time was reached without major complications. At 6.50 on a long night, kyiv stretched out and coldly waited for the herd.

The Lviv station, near the moment that Gonzalo Sanchez and the Clarín team got on the humanitarian train that was coming with refugees. Photos of Francisco Argerich Hoffmann

The central courtyard of the terminal was filled with people waiting to leave, as if they had been caught at night and now they were told that they were about to be released. Striking. war times.

Outside, armed soldiers welcomed the newcomers and beyond, the old client fishermen, the tacheros, who are not so different from those that abound here. The first one that appeared, negotiated quickly and for fifty dollars left the envoys at the door of the hotel, another brutalist and Soviet world that deserves a separate chronicle.