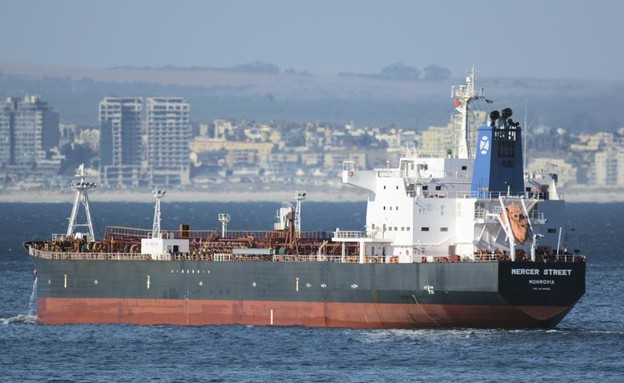 The Daily Mirror reported this morning (Tuesday) that Britain was planning to attack or capture pro-Iranian terrorist operatives in response to the attack on the ship off the coast of Oman last week, in which a British security guard and a Romanian crew member were killed. According to the report, the commanders of the British army have already outlined an action plan for the “special forces” against the Iranian terrorist organization that attacked the ship.

The report states that the British and US governments support Israel, which is blaming Iran for the attack, and are preparing for a response against the Tehran militia that carried out the attack – and is operating in the Middle East. Who “committed suicide” and landed on the ship last Thursday. The glider carried many explosive forces and was remotely controlled by a camera.

Special British forces including naval commandos are already in the Middle East and arming themselves in response. Officials involved in the matter added that over the weekend British forces arrived in the area to assist those already present and carrying out training missions. It is estimated that the British forces will appoint several dozen soldiers, including electronics experts and aircraft experts.

Yesterday, British Prime Minister Johnson declared that “Iran must bear the consequences of the scandalous attack, it is an unacceptable attack. A British citizen is dead, it is absolutely necessary that Iran and every other country respect the freedom to navigate around the world – and Britain will continue to insist.” British Foreign Secretary Dominic Raeb agreed and condemned the attack.