The ground offensive is stalled, the Russians resort to missiles 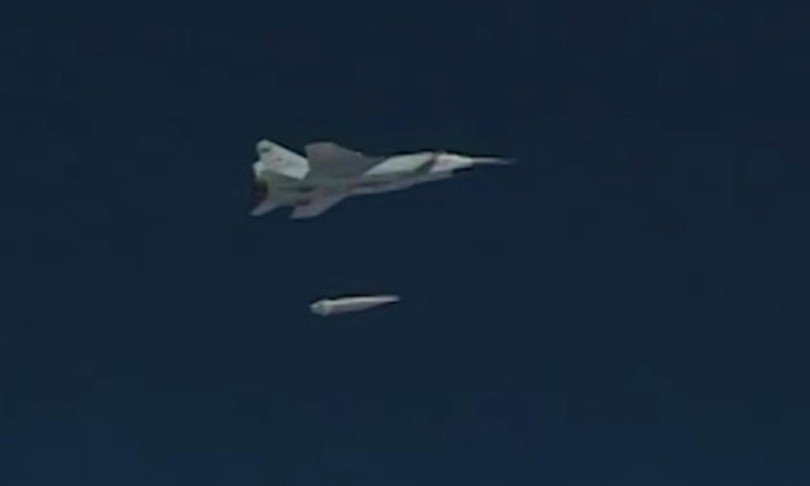 For the second consecutive day, Russia has again launched Kinzhal hypersonic missiles from Crimean airspace: the missiles – which are capable of hitting 2,000-1500 kilometers away at 10 times the speed of sound – hit and destroyed a fuel and lubricant depot in southern Ukraine.

It has and Russians also fired Kalibr cruise missiles from their fleet in the Caspian Sea.

Thus, on the twenty-fifth day of what Moscow calls a “special military operation”, Russia’s offensive in Ukraine continues, which seems to be focusing on missiles as the ground offensive appears to be stalled. The Ministry of Defense announced that it had hit a base of Ukrainian soldiers and foreign mercenaries in the Zhytomyr region, 160 kilometers west of the capital Kiev, with missiles, killing a hundred soldiers; that the missiles destroyed a large fuel and lubricant base in Mykolaiv; and, again, that artillery fire hit six Ukrainian mobile systems for “electronic warfare”, Bukovel. According to Moscow, Russian strategic and military aviation hit 62 military targets in Ukraine last night.

According to information released by the municipal council of Mariupol, a bombing destroyed the art school of the port city on the Sea of ​​Azov where 400 people were taking refuge. Kiev also confirmed that it Azovstal steel and metallurgical plant in Mariupol, one of the largest in Europe, was severely damaged from the bombings of recent days; and denounced that in the last week the Russians have deported several thousand Ukrainians across the border, arguing that they could be forced into forced labor in depressed Russian areas.

According to the Ukrainian authorities, the Russians also carry out “horrific violence” on women (“Women were raped for hours and killed”, denounced the Deputy Prime Minister, Olga Stefanishyna) and that on 11 March, Russian troops opened fire on a home for the elderly in Kreminna, Ukraine’s Luhansk region, killing 56 elderly people.

And while waiting for President Volodymyr Zelensky to sit at a table with the Russian one, Vladimir Putin, as requested by Kiev, the Ukrainian leadership tries to cheer up the exhausted population: “six Russian generals were killed in Ukraine, as well as dozens of colonels and senior officers”.

The Ukrainian leadership, according to which there is still the threat of a Belarusian invasion, tries to encourage its own in every way: it claims that in the Russian political and business elite the idea of ​​assassinating President Vladimir Putin is gaining ground. Furthermore, according to Kiev, almost 15,000 Russian soldiers have now been killed in the invasion and the enemy has lost an enormous amount of military equipment. Parliament also does not hide the fact that 115 Ukrainian children have been killed since the beginning of the Russian invasion.

NATO, says Secretary General Jens Stoltenberg, is intensifying its military, humanitarian and financial assistance to Ukraine. Meanwhile, the first military units to deploy the Patriot anti-missile defense system have arrived in Slovakia, and the deployment will continue in the coming days.

For the UN, 10 million forced to leave their homes

Meanwhile, the UN continues to give updates on the numbers of people who have been forced to leave their homes, who have crossed borders or are displaced in other areas of the country: they have reached at least ten million, according to the UN High Commissioner for refugees. As for civilians killed, for the UN they are at least 902