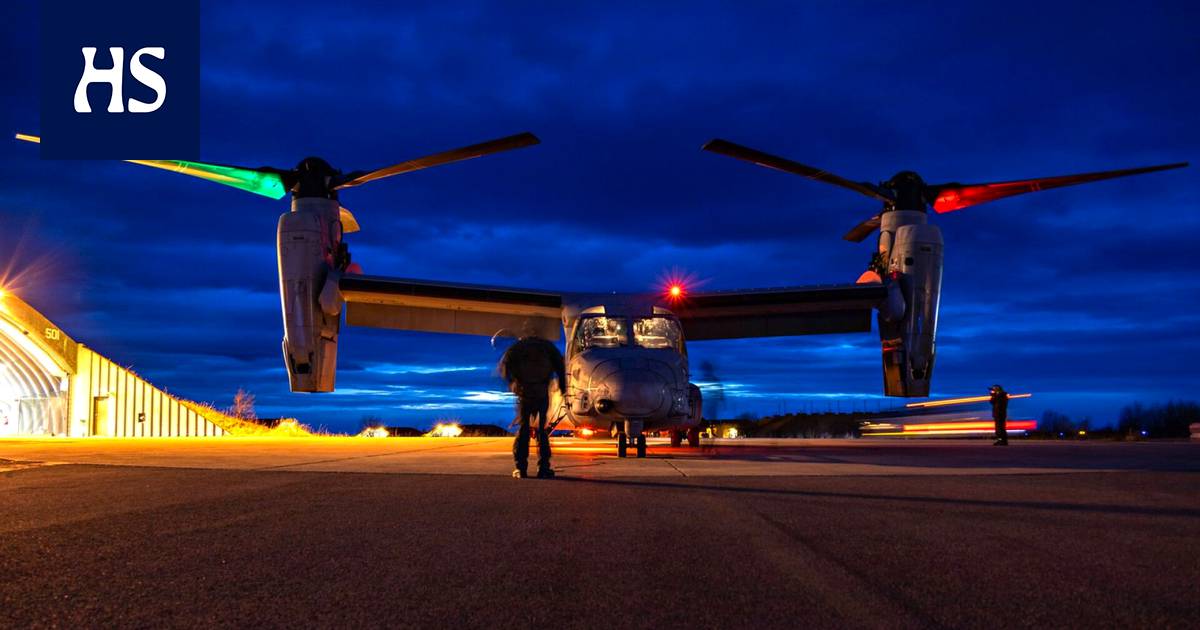 Four Americans died on Friday during a NATO military exercise in Norway. Due to the bad weather, it has been difficult to explore the area.

NATO in military exercise of the dead United States the bodies were retrieved on Sunday, they say NRK and VG. The bodies were transferred by helicopter to Bodø, Norway.

A U.S. military plane crashed into a land in Beiarn, northern Norway, on Friday, killing all four Americans aboard the plane.

After 9 pm local time, observations of a crashed plane were made in the Gråtådalen valley.

Bad the weather and difficult terrain have made it difficult for the authorities to act at the scene of the accident.

Observations of the crashed plane were made from the air, but at least the crash site could not be landed by helicopter or plane. Police officers and rescue personnel on snowmobiles were sent to the scene.

Police guarded the area on Saturday, but had to monitor the situation further due to the risk of an avalanche, among other things.

On Sunday the bodies of the Americans were allowed to be retrieved from the area. In addition, the so-called black box of the machine was recovered.

“We have found a black box and we have it. It’s really an essential part of our investigation, ”says the accident investigator Mats Torbjørnsson NRK: lle.

The reason for the fall of the machine has not been stated. The black box provides information on, among other things, how hard and how high the plane has flown at the time of the accident.

Until now, the Norwegian authorities have been responsible for rescue and investigation. The Americans have indicated that they are now willing to take responsibility for investigating the accident.

“There are signs that Americans are taking the lead on the investigation. The Norwegian police will lead the investigation until the matter is resolved, ”he says Kristian Vikran Karlsen NRK: lle.

Fallen the aircraft crew participated in the NATO Cold Response exercise, which began earlier this week in Norway.

This is a major military exercise led by the Norwegian Defense Forces, involving some 30,000 soldiers from almost 30 countries. In addition to NATO countries, Finland and Sweden will also take part in the exercise.

The MV-22B Osprey crashed to the ground in the municipality of Beiarn in northern Norway while on a training mission. The plane was reported missing after 6pm local time on Friday. The area had bad flight weather at the time of the incident.