China: A plane with about 130 passengers crashed in the south of the country 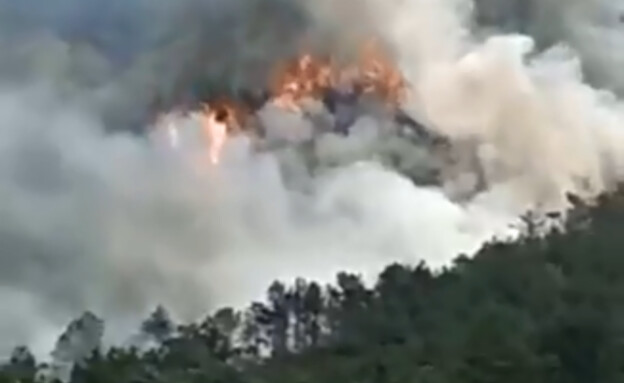 A Boeing 737 passenger plane crashed in southern China after taking off from Kunming City to Guangzhou City. According to local media, the plane caught fire in the mountains after crashing. At this stage the condition of the passengers is unclear and there is no detail as to the number of victims, but the rescue forces are on their way to the area.

The flight between the two cities in the south of the country took a little over an hour, and at one point the connection with the plane that crashed was lost for a reason that is not clear at the moment. Documents from the crash scene that appear on social media show the fire in the mountains and the smoke rising.

A video circulated on social media and originating in China shows the moment of the alleged plane crash. According to the documentation, the plane appeared to fall to the ground at an almost vertical angle and at great speed.

A plane carrying 133 people has crashed in southern #China on Monday, causing a mountain fire.