In Ukraine: How Parents Try to Save Surrogate Babies 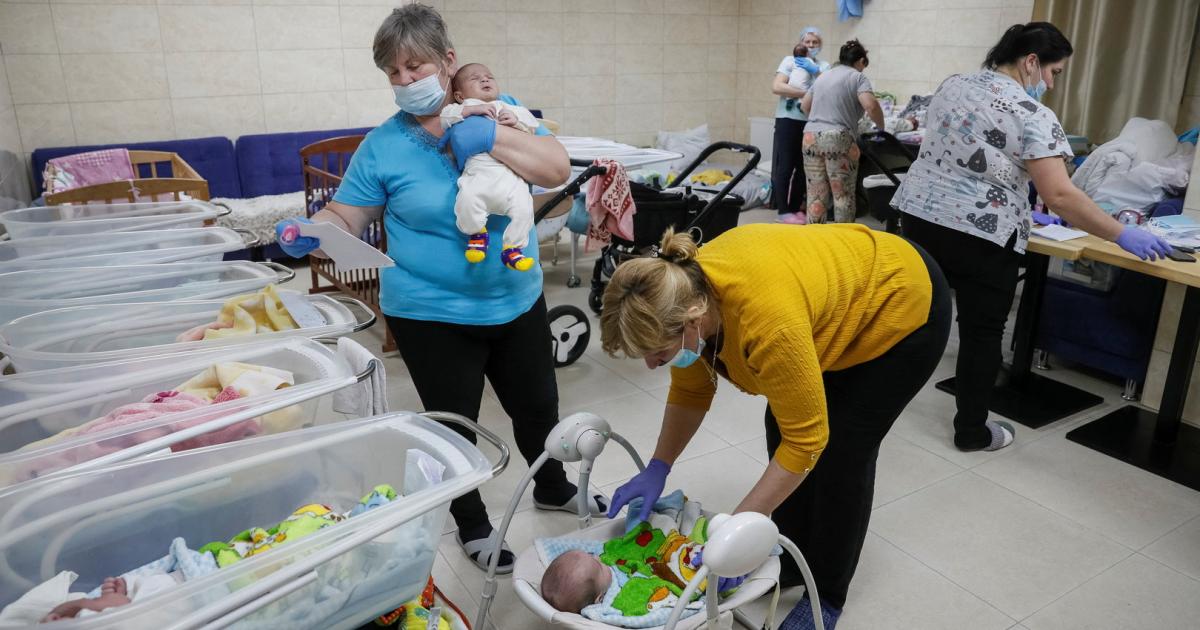 Ukraine is popular with couples who cannot have children and want to become parents through surrogate mothers. 18 of these babies are currently being hidden in an air raid shelter in a Kyiv suburb. However, despite the war, some parents make the risky journey.

At the moment, 35 babies in Ukraine are ready to be picked up by the largest surrogacy agency “BioTexCom Center for Human Reproduction”. And there are more almost every day, said Maria Holumbovska in Spiegel. She is responsible for the surrogacy clinic’s external relations to Germany and Austria and reported on the agency’s work under wartime conditions.

Eight nurses are taking care of the babies in the Kiev bunker, while the other children are scattered across the country. In Kyiv, representatives of a volunteer battalion accompany the chief physician to the maternity hospital to pick up the children from the surrogate mothers. This is a routine that is maintained as far as possible.

Since 2015, Ukraine has emerged as the world’s hub for surrogacy, while numerous other countries have banned the controversial practice, including Nepal, India and Thailand. It is estimated that between 2,000 and 3,000 babies are born to surrogate mothers in Ukraine every year, 90 percent of them to foreign parents.

Handling in Ukraine was considered professional and uncomplicated. At BioTexCom, surrogacy costs around 40,000 to 60,000 euros. That’s significantly less than in the United States, for example, where surrogacy is also legal.

For young Ukrainian women, surrogacy is a way to earn a lot of money. The childless couples often come from the EU, the USA or China. Incidentally, the oldest children who are now waiting for their parents to pick them up are Chinese because their parents are not allowed to leave the country.

Even during the corona pandemic, some intended parents were not able to pick up their children immediately because of the travel restrictions.

“We are still well taken care of when it comes to baby food and diapers,” says Maria Holumbovska im Spiegel. “We receive generous donations from many countries. Parents who have had children with our help in the past are also getting involved and sending relief supplies.”

Baby was taken by private jet

Several parents have already accepted the risky trip to Kyiv for their babies. Five German newborns were picked up. The parents came by car and then got on the train. A Swiss couple even picked up their baby in a private jet.

Maria Holumbovska, who hides herself in a bunker, told Der Spiegel that the bureaucratic processes for the children’s departure have also been simplified. Before the war it took about a month for all the documents to be issued, now it should take just two days. However, the children need a passport from their parents’ home country.

Since some pregnant surrogate mothers have already fled to Poland, they are legally the mothers of their babies carried to other parents. How this problem can be solved is currently in the stars.