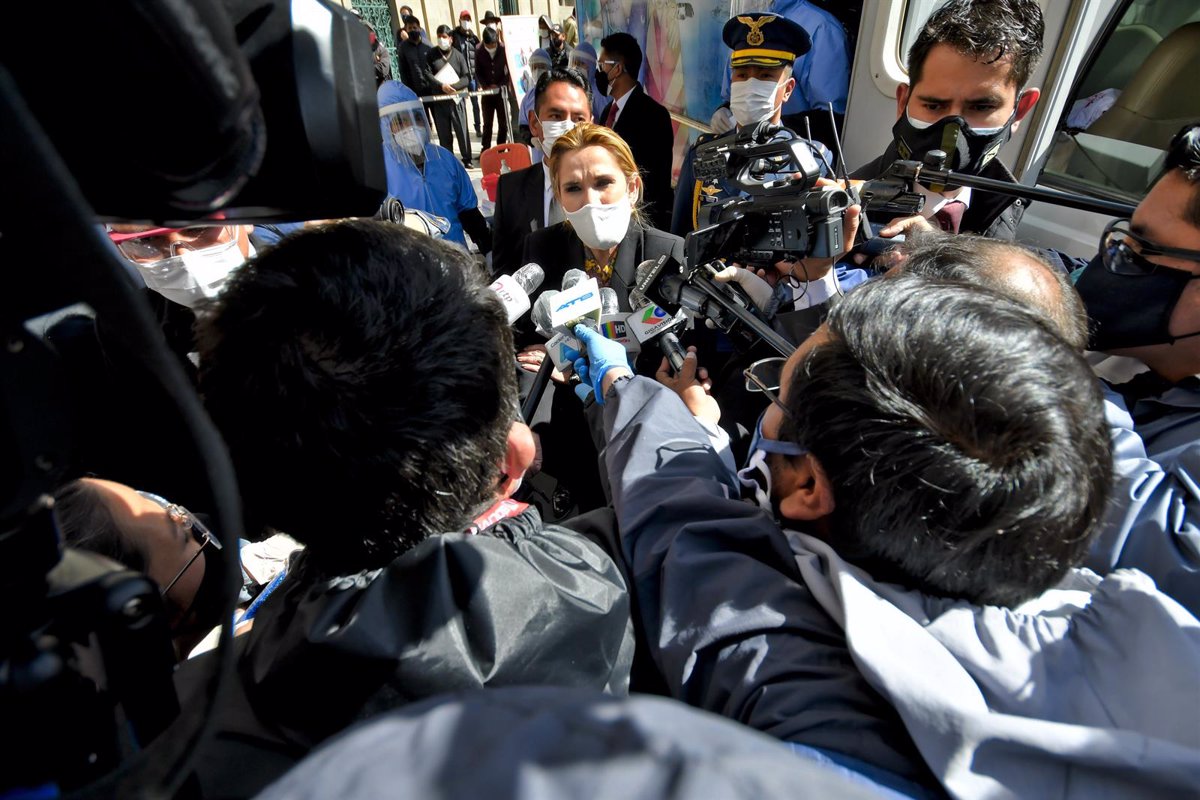 The Bolivian Justice has ordered another six months of preventive detention for former Bolivian President Jeanine Áñez this Tuesday for the so.called ‘coup d’état’ case, which investigates the origin of the violence that arose after the 2019 presidential elections, in which former President Evo Morales was accused by the opposition of electoral fraud.

The second Anticorruption judge, Andrés Zabaleta, has issued the order, by which the former president would be detained for another six months in the Miraflores prison, where she has been since March –before she passed through the Obrajes prison– and has experienced health problems.

This time the decision has been made in a new ordinary trial filed by the Ministry of Government, the Presidency of the Senate and the Attorney General’s Office, the Bolivian newspaper ‘El Deber’ collects.

Áñez has now been accused of decisions contrary to the Constitution and breach of duties when she took office in November 2019.

The announcement has been made a day before the hearing that Áñez has scheduled to request the end of the preventive detention that he is currently serving in the framework of the same case. Although in this hearing the justice rules in his favor, he will have to spend another six months in prison, reports the Bolivian media ‘La Razón’.

For its part, the former president’s team has attacked the decision, which it has described as “unfair”, in a message published on Áñez’s official Twitter profile.

“They divide a process to prolong the detention of Jeanine Áñez. They impose in a precautionary hearing another six months of unjust deprivation of liberty, violating Human Rights and guarantees,” the publication collects, which concludes with “without justice in Bolivia there is no democracy “.

His lawyer Luis Guillén has also stated in this regard, who has indicated that the defense has filed an appeal against this judicial decision “because no person can be prosecuted twice for the same fact and evidently the indivisibility of a trial is prohibited by the Constitution”.

“What is happening is absolutely irregular and also that another six months of preventive detention is ordered,” said Áñez’s lawyer.

Áñez has been in preventive detention since March 15, accused of sedition, terrorism and conspiracy for her role in the framework of the post.election crisis of 2019. Bolivian authorities are investigating the case, known as the ‘coup d’état’ case, after the complaint of the ex.deputy of the Movement To Socialism (MAS) Lidia Patty.