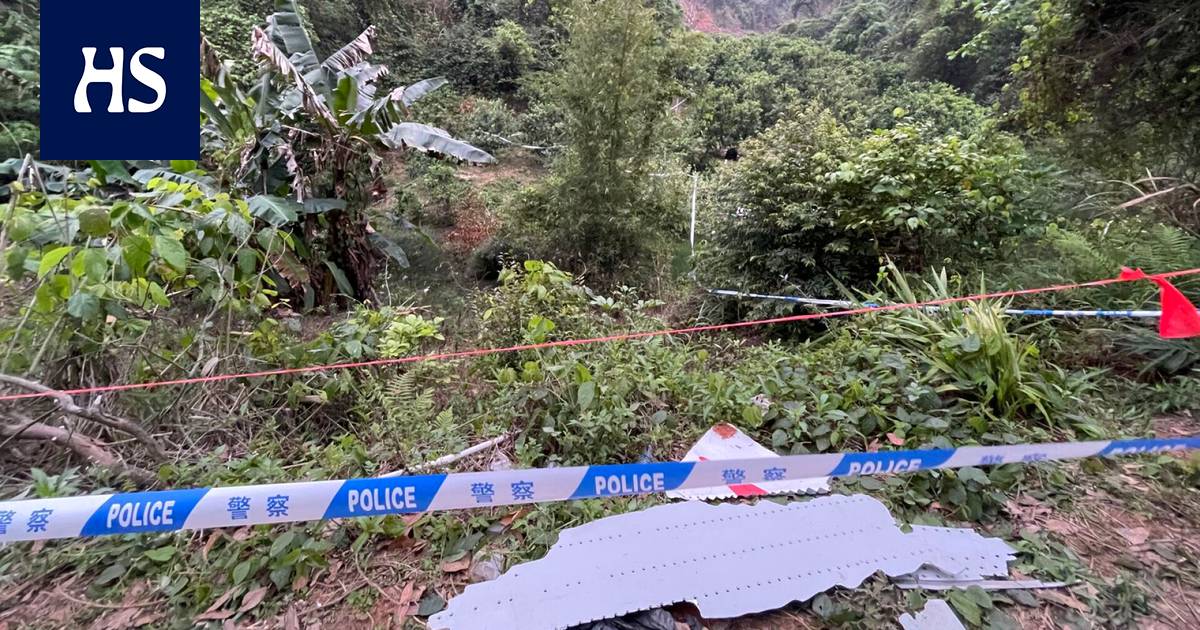 In southern China, there were 132 people on board the plane that crashed into the mountains. Investigating the accident site on wooded mountain slopes is difficult.

China’s The aviation authorities said on Tuesday afternoon Finnish time that no survivors had been found in the wake of the plane crash in Guangxi on Monday.

Tao also told the media that the search has been very challenging due to the badly destroyed plane, and authorities have no clear estimate of the cause of the accident.

China Eastern’s Boeing 737-800 plane crashed in the mountains of Tengxian, Guangxi on Monday. According to the airline, the search for black boxes will continue.

Rescue workers had continued to search the site of the accident on the wooded slopes of southern Guangxi Mountains on Tuesday, according to Reuters.

Burnt-out machine parts, luggage and passports were lying on the terrain, it was described on Chinese state television.

The Boeing 737-800 fell to the ground at an acute angle on Monday and ignited a fire. The Chinese media has shown a video of the crashed plane, which was recorded on the car’s dashboard camera.

There were 123 passengers and nine flight crew members on board. On Chinese state television, the situation at the scene of the accident was described as “grim,” and it is possible that everyone on the plane has died.

Pieces of the plane on a slope in Tengxian, Guanxi Zhuang area on Tuesday. Picture: Zhou Hua / ZUMA

Slow MU5735 was on his way from the capital of Yunnan, Kunming, to the port city of Guangzhou. The plane set out to crash over Tengxian at a time when it would normally have begun to prepare for landing by slowly dropping its altitude.

The accident is the first crash in China in 12 years. The cause is not known until the black boxes are found, but China Eastern has stopped flights on all its Boeing 737-800s for safety.

A Reuters reporter interviewed villagers near the crash site and they say they heard a loud thunderstorm.

“It was like thunder,” the 64-year-old commented And To Reuters.

Police have isolated the accident area from outside the investigation, but the work is difficult. The refuge is surrounded by mountains. According to Chinese media, only one path leads there, and rain has been promised in the area.

Rescue workers headed to the scene of the accident in Tengxian on Tuesday. Picture: AFP

If equipment for recording the technical course of the flight and the sounds of the cockpit can be found, they could illuminate what caused the accident.

Former Director of the U.S. Aviation Administration Dan Elwell estimates to Reuters that mechanical failures are very rare when the aircraft is at cruising altitude.

“Accidents that start at cruising altitude are usually caused by the weather, intentional sabotage, or pilot error,” Elwell says.