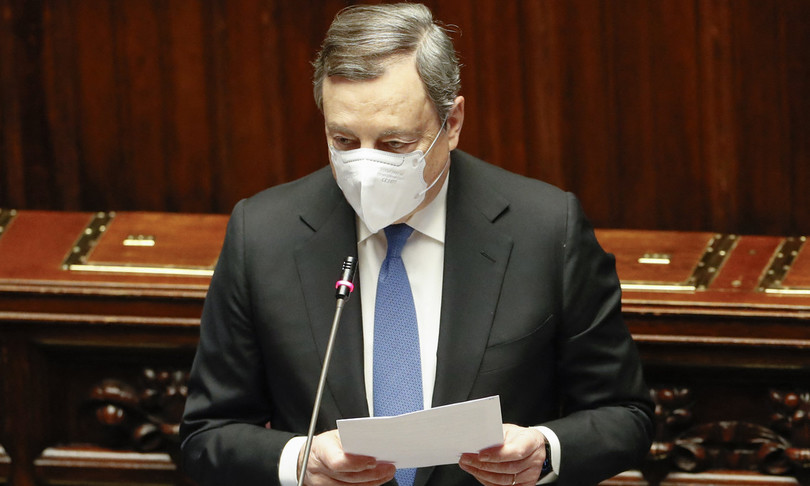 A packed classroom, crowded government desks, long applause with all the parliamentarians standing. Montecitorio pays tribute to great occasions to Ukrainian President Volodimir Zelensky connected from Kiev. The speech of the third foreign head of state to speak in the Italian Parliament (in the past only King Juan Carlos of Spain and Pope Wojtyla had delivered a speech in the courtroom), is welcomed with great warmth by the rooms and the response of deputies and senators to the words of the head of the Ukrainian government, almost a month after the attack on Moscow, leaves behind the controversies of the eve of absentees.

The Prime Minister, Mario Draghi, intervenes immediately after the Ukrainian president, thanks Zelensky for “the courage, determination, patriotism” and adds that “the arrogance of the Russian government has clashed with the dignity of the Ukrainian people, who have managed to curb Moscow’s expansionist aims and impose very high costs on the invading army. The resistance of Mariupol, Kharkiv, Odessa – and of all the places where President Putin’s ferocity strikes – it is heroic “, says Draghi, according to whom” today Ukraine is not only defending itself “, but” our peace, our freedom, our security and that multilateral order based on the rules and rights that we have painstakingly built up since the war “.

The premier recalls the proof of solidarity that Italy in these dramatic weeks of bombing civilians and refugee escapes wanted to testify to the Ukrainian people: the sending of health and food aid, the reception of refugees – over 60,000 from start of the war, most of them women and minors. “The Italians have thrown open the doors of their homes and schools to Ukrainian refugees, with that sense of welcome which is the pride of our country. We will continue to do so – adds the premier – Because Italy does not intend to turn away from incivility “.

But “we are ready to do even more”, continues Draghi, continuing to support the sanctions decided by the EU and the G7 which have “the objective of inducing the Russian government to cease hostilities and to sit down seriously, above all sincerely, at the negotiating table. Faced with Russia, which wanted us to be divided, we showed ourselves united – as the European Union and as the Atlantic Alliance “.

Draghi also draws a medium-long term path in relations with Kievin particular with a view to Ukraine’s accession process to the European Union.

“In recent weeks it has been underlined that the process of joining the European Union is long, made up of reforms necessary to guarantee a functioning integration. I want to tell President Zelensky that Italy is alongside Ukraine in this process: Italy wants Ukraine to join the European Union“.

“When horror and violence seem to have the upper hand, it is precisely then we must defend human and civil rights, democratic values. – concludes the premier addressing Zelensky – to those fleeing from war, we must offer hospitality. In the face of massacres, we must respond with aid, including military aid, to the resistance. To the growing isolation of President Putin, we must oppose the unity of the international community. Ukraine has the right to be safe, free, democratic and Italy – the Government, the Parliament, and all citizens – are with you “.