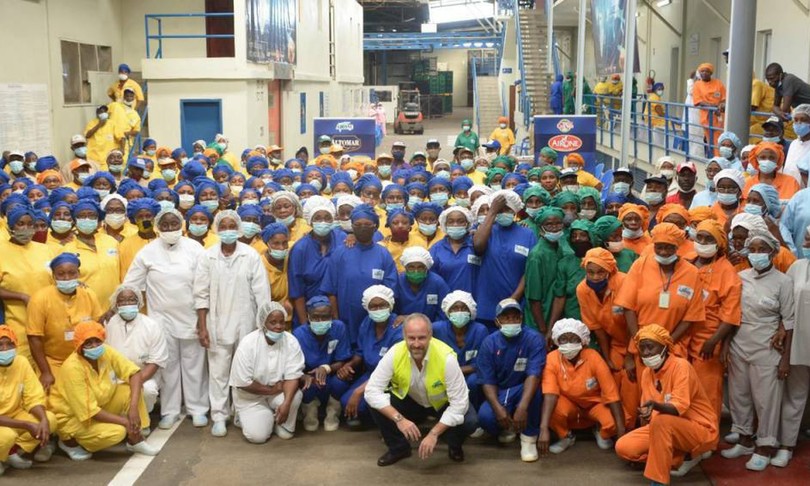 It is the great engine of West Africa, the Ivory Coast. A country that, as Prime Minister Patrick Achi recently announced at the Dubai Expo, aims to reach one trillion CFA francs, approximately 1.5 billion euros of investment intentions from foreign capital.

Political relations between Italy and the Ivory Coast are excellent and consolidated through migratory flows: in Italy there is the second Ivorian community in Europe, more than 20,000 migrants with satisfactory levels of integration. Italy looks to the Ivory Coast to invest in agri-food and West Africa is a very attractive environment for the fisheries sector, even though the scale of illegal fishing is significant and translates into economic losses and hundreds of thousands of jobs put at risk in the SSF sector.

In 2020, the EU imported more than 100 million euros of fish, mainly processed cod, from the Ivory Coast alone. Brussels is working together with Abidjan, the largest port in West Africa, to improve monitoring, control and surveillance of fishing activities.

A collaboration that is part of a partnership agreement for sustainable fisheries that guarantees the Ivory Coast 682,000 euros per year (of which 407,000 euros for sector support) from the EU budget and allows vessels mainly from Spain, Portugal and France to fish in Ivorian waters.

The protagonist in this sector is Sergio Tommasini, CEO of Airone Seafood, an Italian company active in the sector of canned fish and tuna-based food with production site in Abidjan, the economic capital of the Ivory Coast.

The company led by Tommasini employs about 1500 people and is today the first Italian group with private capital. A milestone that has withstood the repercussions of two years of pandemic. The Ivory Coast has 26 million inhabitants and so far has declared about 80,000 infections and 780 deaths.

“The vaccinated are about 2% of the population – explains the CEO of Airone Seafood – Our company has about 1500 employees, of which 70% women, and we have had more than a thousand vaccinated, in some respects we are disproportionate to the Ivorian reality. Covid is perceived so little that it is difficult to sensitize citizens to the vaccine and so the vaccinated are struggling to increase “.

Doing business in Africa means considering the varied ethnic composition of the socio-economic fabric. “In Airone Seafood, there are 48 different ethnic groups”, says Tommasini: “In the company we have 18 trade unions and four staff delegates. The dialogue with them favors the homogeneity of the composition of the work group. The religious factor is also important since we have a Christian majority and a Muslim minority. This reflects, even trivially, the composition of the menu of the social canteen. The activities towards the staff are different and also of a social nature. From loans for the schooling of children to support for funerals, to social activities in general “.

An approach that has consolidated over time the relationship with the Ivorian local authorities: “We define ourselves as bearers of ‘Italian nation branding’ – says Tommasini – which for us means, on the one hand, creating industrial development and induced, on the other, weaving and consolidate virtuous relationships in order to contribute to the growth of the territory in which we operate. There is mutual respect towards institutions. On the one hand we have a close relationship with the main ministers of the sector and on the other we are part of the Assafrica Confindustria business community which he manages the network of Italian companies operating in Africa and those who would like to work there in the future. Also as a director of Assafrica we say that I play the role of brand ambassador of Italian entrepreneurial skills abroad “, says the CEO of Airone Seafood.

“Working in the field”, he adds, “in a land where one is in constant contact with nature, one realizes that one can deviate from the path towards sustainability. It is a strategic factor that expresses social values, but which is also fundamental for the sustainability of our economic activity over time “. A sustainability that for Airone Seafood is also guaranteed through the Dolphin Safe and Friends of the Sea certifications.