The shipwreck incident off the coast of the Emirates has ended 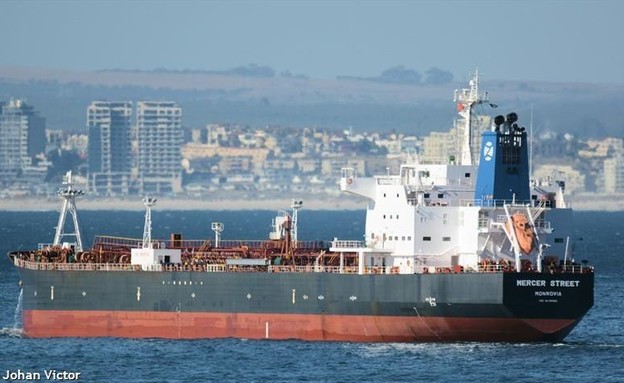 Officials boarding the ship “Asphalt Princess” disembarked off the coast of the Emirates, the ship is safe and the incident has ended, the British Ministry of Commerce reported today (Wednesday) in a brief and devoid of details. Yesterday Britain announced it was investigating an incident that could turn out to be the hijacking of a ship in the Gulf of Oman off the coast of the Emirates. It was alleged that 8 or 9 armed men took control of the ship, and the immediate suspicion fell on Iran, which vehemently denied, claiming: “This is an excuse that aims to train aggression against us. ”

No body claimed responsibility for the incident, but immediate suspicion fell on Iran following the high tensions between it and the West. In addition to the Asphalt Princess, which sailed under the Panama flag, five other ships in the area reported at about the same time yesterday that they had lost control of the steering system. Just five days ago, Israel, the United States and Britain accused Iran of attacking a ship owned by an Israeli businessman using a skimmer, and killing a British citizen and a Romanian citizen on board. Iran has also denied involvement in relation to this incident.

Yesterday it was reported on the channel Lebanese al.Mayadin A senior Iranian security official sent a threatening message to Israel, Britain and the United States after the threat to Iran from Prime Minister Bennett. “A country that attacks Iran will receive an immediate response,” the source said, adding: “”Iran is too vigilant for media reports to frighten it – Iran’s fingers are on the trigger.”

The British Ministry of Defense announced on Tuesday afternoon an unusual security incident that took place in the area of ​​the port of Al.Alfajira, off the coast of the UAE. The British media estimated that Iranian forces may have tried to take over the ship “Asphalt Princess”. Senior British security officials confirmed the suspicions and clarified that it may also be one of Iran’s allies. The Iranian Foreign Ministry denied and claimed that these were “suspicious reports.”