The battle for ukrainian cities continues 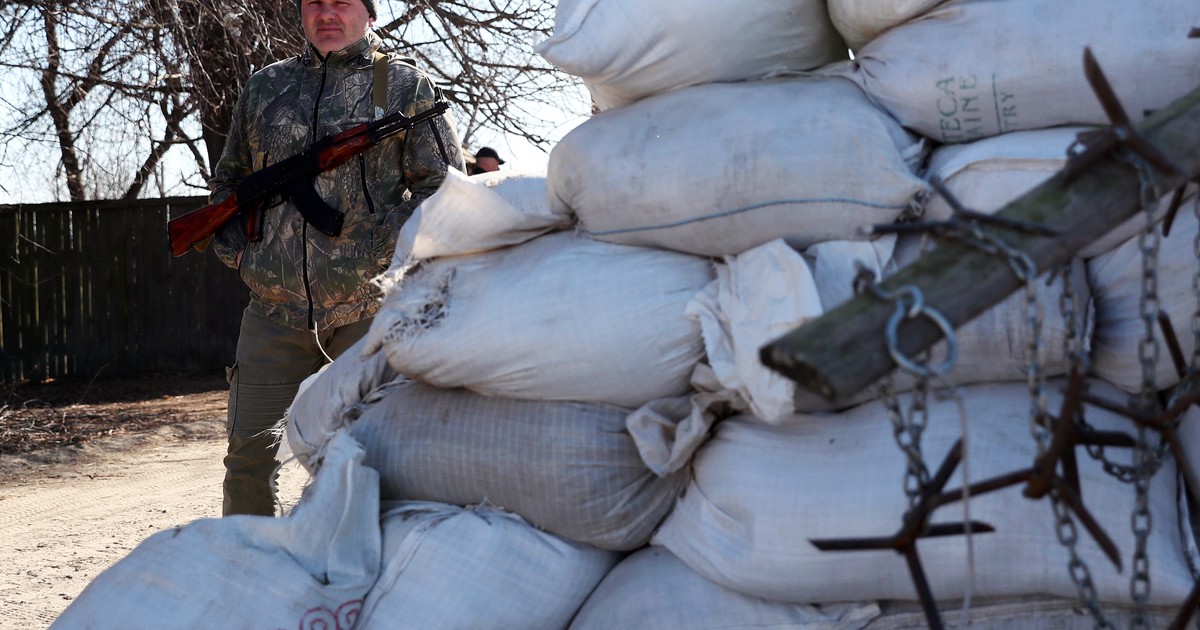 The battle for Ukrainian cities continued on Tuesday. The Ukrainian army recaptured a key neighborhood near kyiv and the invading Russian troops increased their airstrikes, which have caused an unknown number of casualties and made flee more than 3.5 million people.

The Ukrainian army said Tuesday morning that had expelled the Russian troops to leave Makariv, a strategic suburb of kyiv. However, Russian forces fighting for kyiv had been able to retake parts of other northwestern suburbs that had been in dispute for weeks.

Civilians making the perilous escape from the besieged southern port of Mariupol described street-to-street fighting and walking past unburied bodies as constant Russian bombardment tried to bring the city to its knees.. There were no signs at first of diplomatic progress that they might bring some relief.

Here are some clues about the conflict.

The suburbs have become a key battlefield. Photo EFE

Why suburbs are battlegrounds

The suburbs could be a barrier to access to Ukrainian cities or an access for Russian troops to reach the capital, kyiv, which is believed to be the main Russian military objective in the war waged by Vladimir Putin.

Outside devastated Mariupol, the Kremlin’s ground offensive has progressed slowlyweighed down by deadly rapid attacks by Ukrainian forces.

The recovered suburb in kyiv allowed the Ukrainian contingent to retake control of a major highway to the west and prevent the capital from being surrounded from the northwest.

But the Ukrainian Defense Ministry noted that Russian forces fighting for kyiv had been able to retake parts of other suburbs in the northwest: Bucha, Hostomel and Irpin, some of which have been under attack almost since the start of the Russian invasion on 24 March. February.

Russian troops are concentrating more and more its air power and its artillery on Ukrainian cities and the civilians who live there.

A US defense official, speaking on condition of anonymity to comment on the military’s analysis, said Russia had increased flights in the previous two days, con up to 300 in the last 24 hours, and had launched more than 1,100 missiles to Ukraine since the beginning of the invasion.

What happens in Mariupol?

The Russian offensive has turned life in Mariupol into a fight for survival.

Electricity, water and food supplies have been cut off, as well as communication with the outside world. It was unclear how many people remained in the city, which before the war had about 430,000 residents.

About a quarter are believed to have fled the city in the early days of the conflict and tens of thousands to have escaped over the past week through a humanitarian corridor. Mariupol Municipal Council says that thousands of people were transferred to Russia against their will.

Previous evacuation attempts were thwarted by ongoing fighting as Russia tried to subdue the city. In that, Moscow has not succeeded, the British Defense Ministry said on social media on Tuesday. But Russia controls for now the land connection with Crimea, the peninsula that was annexed in 2014, and blocks Ukraine’s access to the Sea of ​​Azov.

The United Nations refugee agency said Tuesday that more than 3.5 million people have fled Ukraine since Russia invaded the country.

Those who made it out of Mariupol described a bleak landscape.

‘It no longer has buildings’‘ said Maria Fiodorova, 77, after crossing the border into Poland on Monday after five days of travel.

Where is the wheat?

Russia’s war in Ukraine has jeopardized a region’s grain deliveries known as ‘the granary of the world’‘, forcing farmers and governments to revise their crop plans to compensate for losses from conflict, drought and rising prices.

Ukraine and Russia produce a third of the world’s exports of wheat and barley, which countries in Asia, Africa and the Middle East depend on to feed millions of poor people.

About half of the grain purchased by the World Food Program to feed 125 million people around the world comes from Ukraine. The double whammy of rising prices and falling exports of wheat by war is a recipe for “catastrophe, not only in Ukraine, but possibly globally,” warned the head of the United Nations food aid agency.

There is a lot of attention on big grain producers like the United States, Canada, France, Australia and Argentina to see if they can quickly increase their production to cover the shortfall from missed deliveries from Ukraine and Russia.

Ukraine’s President Volodymyr Zelensky told Ukrainian television on Monday night that he was ready to give up joining NATO, a major Russian demand. in exchange for a ceasefire, the withdrawal of Russian troops and guarantees on the security of Ukraine.

“It is a concession from all parties: For the West, which doesn’t know what to do with us regarding NATO; for Ukraine, which wants security guarantees, and for Russia, which does not want further NATO expansion,” Zelensky said.

He also reiterated his call to speak directly with his Russian counterpart Vladimir Putin. Unless he meets with Putin, it is impossible to even understand whether Russia wants to end the war, Zelensky said.

The Ukrainian president said that kyiv will be willing to discuss the status of Crimea and from the eastern region of Donbas, under the control of pro-Russian separatists after a ceasefire and measures have been taken to provide security guarantees.

The Kremlin demands that Ukraine disarm and declare itself neutral.

US President Joe Biden is scheduled to travel to Europe this week, where he will attend a summit of NATO leaders seeking ways to strengthen the bloc’s deterrent and defense measures to deal with a Putin now openly confrontational.

The Kremlin has received US statements with indignation. The Russian Foreign Ministry has warned that its relations with Washington are “on the brink of rupture” and has recalled its ambassador to the United States.

Biden has added a visit to Poland to his trip, to get closer to a crucial Ukrainian ally which has received more than two million Ukrainian refugees.

Through the independent newspaper Novaya Gazeta of which he is director, Muratov called on Tuesday for people to “share with refugees, the wounded and children who need urgent treatment what is dear to them and has value for others.”

The reporter asked auction houses about the possibility of organizing the sale.

Last year, Muratov said he would spend his share of the Nobel prize money on causes such as independent media, a Moscow hospice and care for children with spinal problems, saying he would not keep the money.