The EU is a key player in mediation 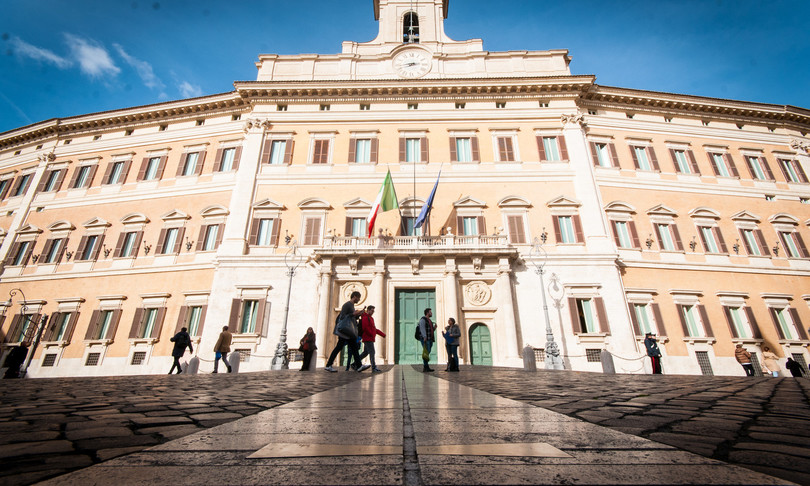 The majority commits the government, “at European level, to strengthen the role of Europe in the multilateral framework, continuing the commitment to act as a key player for mediation between the Parties, in synergy with other countries already active on this front and supporting every international and bilateral initiative useful for achieving a ceasefire and for the successful conclusion of a negotiation path between Kiev and Moscow “. It is the first of the eleven commitments contained in the majority resolution on communications by Prime Minister Mario Draghi in view of tomorrow’s and the day after tomorrow’s summits in Brussels.

The text of the resolution provides: the government’s commitment to “continue to ensure support and solidarity for the Ukrainian people and its institutions through participation in the assistance and hospitality initiatives established for this purpose at European level, with particular regard to the establishment of corridors humanitarian aid for the transfer, evacuation and reception of women, minors, the elderly, frail people and people with disabilities; fully and without delay implement the executive decision of the EU Council, through the National Reception Plan and supporting local bodies and associations of the third sector. Strive for the rapid implementation of further measures implemented also through access to funding approved by the Council on 16 March 2022 in order to create a supportive and shared reception system, with particular regard to the needs of minors; commitment to the reform of the Dublin Regulation and to solidarity measures eg security in the European context linked to humanitarian crises, starting with Afghanistan and Libya “.

Furthermore, the majority commits the government to “gather and support Ukraine’s European aspiration and, in view of the European Commission’s proposal on candidate status for EU membership, strengthen EU-Ukraine cooperation; in terms of European security and defense, implement – as soon as possible – the Strategic Compass in order to strengthen European coordination in this sector, in cooperation with NATO; also make better use of the European Defense Fund; on the energy price crisis, to contribute – on the basis of the proposals of the European Commission Communication “RePowerEu” – to the adoption of immediate and effective European structural measures to reduce the dependence on imports from Russia and counteract the negative impact of emergency to protect European citizens and the entire industrial fabric. To this end, work at European level for a Common Fund aimed at limiting the effects of the increase in energy prices and adopt common measures articulated on the following main pillars: common gas storage, greater diversification in gas supplies and an increase the use of renewables, joint actions at European level to calm prices relating to wholesale natural gas transactions and support for highly exposed companies and the most vulnerable citizens, separation of the electricity market produced from renewable sources from the gas market and taxation of the extra profits of electricity companies; as part of the reflections on the review of European economic governance, support the extension to 2023 of the general safeguard clause of the Stability and Growth Pact, based on the European Commission’s spring forecast. In light of the renewed economic context, review the economic governance of the EU to encourage investments, evaluate the establishment of new common European fiscal instruments to compensate the States most penalized by sanctions and provide for a Temporary Framework for State Aid that supports the businesses and consumers affected by the consequences of the Russian aggression against Ukraine “.

Finally, “with regard to the issues of the internal market and industrial policy”, the majority commits the government to “promote greater integration also in the digital sector, support, with national and European funds, the public investments necessary to pursue the objectives of green transitions and digital together with those of the European Pillar of Social Rights, to define solutions to the issues of the supply of raw materials, semiconductors, health protection and food safety, also through the adoption of emergency measures to support the agricultural sector and the creation of new trade corridors and the best use of existing ones; strengthen coordination with our European partners on the EU response to Covid-19 and make every useful effort to consolidate international cooperation on prevention, preparation and response to possible future pandemic crises; continue, in all European locations e and multilateral, on the road to reaching an agreement for the WTO to temporarily waive for Covid-19 vaccines the ordinary regime of the Trips Agreement on patents or other intellectual property rights, to guarantee access to vaccines and drugs for the treatment of Covid-19; in view of the EU-China Summit of 1 April, to contribute together to the safeguarding of a multilateral framework based on the founding values ​​of the United Nations Charter and oriented towards the maintenance of international peace, also by planning to intensify the dialogue on respect for human rights and relations reciprocity with Beijing in areas such as trade, sustainable development, the fight against climate change and the effective implementation of the 2030 Agenda; support the accession process of the Western Balkans to the European Union and, in this context, contribute to social and political stability in Bosnia and Herzegovina through all the political, economic and diplomatic instruments of the EU “, concludes the text of the majority resolution.