Madeleine Albright, the first woman to serve as U.S. secretary of state, has died 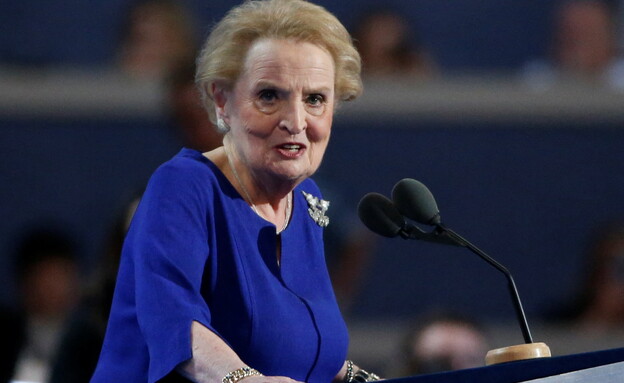 Madeleine Albright, the first woman to serve as U.S. Secretary of State, passed away today (Wednesday) at the age of 84 after battling cancer. Albright was a statesman of Jewish descent and helped navigate Western foreign policy after the Cold War.Albright has been a key figure in President Bill Clinton’s administration. She first served as the U.S. Ambassador to the United Nations before becoming the nation’s top diplomat in 1996. She advocated the expansion of the NATO alliance when it was the one that pushed the alliance to intervene in the Balkans to stop genocide and ethnic cleansing. Albright sought to halt the proliferation of nuclear weapons, and advocated for the promotion of human rights and democracy around the world.

Albright has developed a “pragmatic idealistic” approach and is identified with the term “assertive multi-facetedness” to describe the Clinton administration’s foreign policy.

She grew up in a family that fled the Nazis in Europe in the mid-20th century, events that shaped her worldview, and she saw the U.S. as a “necessary nation” when it came to using diplomacy backed by the use of force to defend democratic values ​​around the world.

Jewish origin and connection to Israel

Albright was born Maria Jana Korblova in Farg, to a Czech diplomat named Josef Korbel, and to her mother Anna. She grew up as a Christian-Catholic after her parents converted to Judaism in order to escape persecution. During her tenure as Secretary of State, Albright promoted peace agreements in the Middle East and participated in talks between Israel and the PLO that led to the Wai agreement.

“At the UN, my mission was to make the organization more friendly to Israel, to stop making condemnation decisions and later to attach it to various groups,” she wrote in her memoir, in which she claimed that the assassination of Rabin was one of the greatest historical and political tragedies.