Petrocelli does not resign. The majority remain in chaos 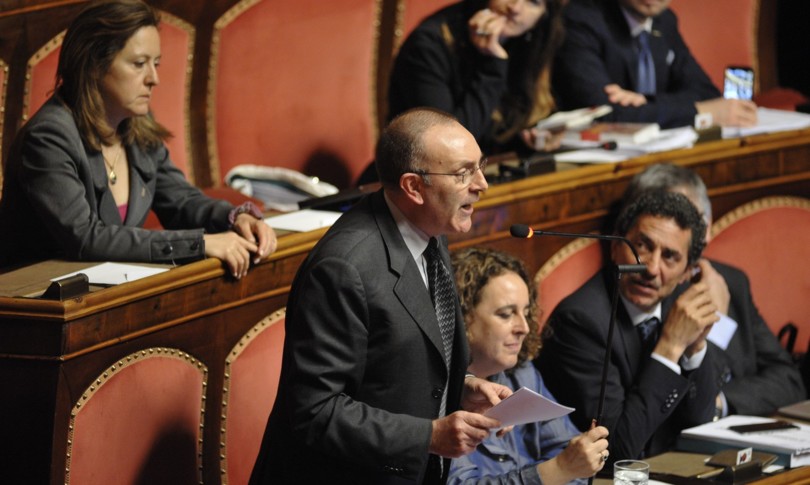 Despite the protests and invitations to leave his post, Vito Petrocelli does not retreat an inch. “I am not resigning”, clarified the president of the Senate Foreign Affairs Committee, who yesterday invited his party, the M5s, to leave an “interventionist” government. Twenty days ago, surprisingly, he also voted against the resolution on Ukraine.

In two days the exponent of the 5 Stars, a geologist with Russian sympathies in his second term, has attracted the attention of the parties who continue to ask him to leave his chair after having also announced his intention of no longer wanting to vote in favor of the Draghi government.

First attacks of the day from IV: “It is not permissible for the president of the Senate Foreign Affairs Committee to take a position that is not in line with that of the entire Italian Parliament. As Italia Viva we continue to say that Senator Petrocelli should take a step back and resign “said Laura Garavini.

The vice president of the European Parliament, Pina Picierno, is also clear, stressing that Petrocelli is not “new to utterances that are absolutely incompatible with the role he plays”. For this reason “it is not appropriate for him to remain in the position he holds”.

Obviously, tensions also cross the Movement, with the leader Giuseppe Conte expressing strong doubts that Petrocelli will remain in his post after having expressed his intention to take away trust in the government. But even the Democratic Party is hesitating. For more than one dem parliamentarian in the M5s there is a ‘middle ground’ that no longer responds to anyone or. The watchword remains “let us not enter into the internal affairs of other parties”. However, the fear is growing in the Democratic Party that the pentastellate fibrillations will spread to the coalition.

“there is no doubt that one cannot remain in the role of Commission President after having said that he no longer wishes to vote for the government’s trusts. It means that the balance of majority and opposition representation in parliamentary bodies is no longer valid”, he recalled. Secretary Enrico Letta cut it short: “Simply indefensible. The resignation is the natural consequence of his words and gestures”.

For his part, however, Petrocelli does not yield. “I have never done, nor will I ever do, what any secretary of the Democratic Party asks of me,” he said, reiterating his desire to stay in his place. For now, the only effect that the affair has had is the stop to the mission of the President of the Foreign Affairs Commission in the USA which was to begin on Monday 28 March, precisely in the week in which the Ukraine dl will be discussed.