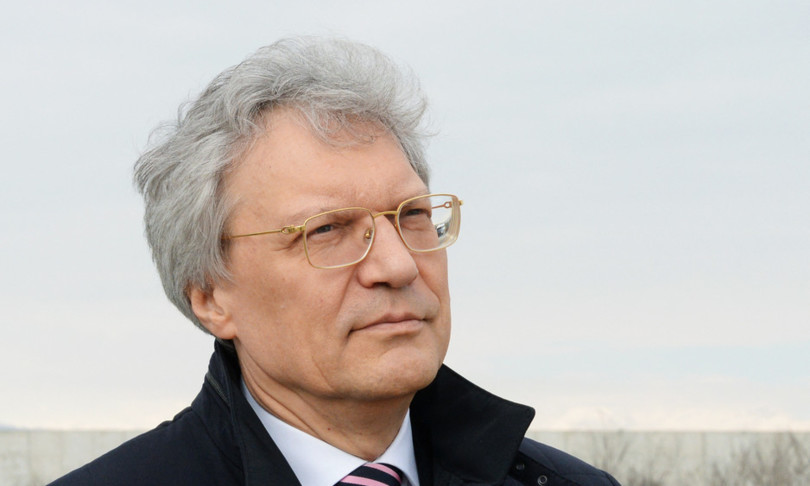 While Prime Minister Mario Draghi is committed to the European Council on the Ukrainian crisis in Brussels, the majority is divided on the increase in military spending and in the meantime the controversy rages over Italy’s decision to say yes to the sending of weapons to Kiev.

“The thing that worries us is that Italian weapons will be used to kill Russian citizens. I want to remind you that the decision was made when the first stage of the negotiations began: rifles are distributed not only among the military, but also among citizens and it is not clear how and when they will be used, “said the Russian ambassador to Italy Sergey Razov on Friday morning, who did not hide his irritation also over the controversy in Italy on the Russian mission when the Covid emergency broke out.

“The mission went only to the places indicated by Italy, precisely to Nembro, the center of the pandemic at that time. We only did what our Italian colleagues said. The Russian mission ended when Italy proposed to end it. The authorities Italians expressed their gratitude in 2020 for what they did. A helping hand was extended to the Italian people, but if someone bites it it is not honorable “.

“No nuclear threat from Moscow, but reflections of possible scenarios in case of threats to the security of the Russian Federation. You should follow both messages – he added – and not just those of the Ukrainian side. Every day I read the Italian press and I see some photos every day whose provenance is very doubtful “.

But to agitate the majority is the theme of the increase in military spending. Conte said the Movement will not confirm the position expressed by the group in the Chamber. “We would not live up to our Constitution if instead of intervening with urgent investments in emergencies to help companies and families in difficulty, we chose the path of massive intervention in military spending. This is an unacceptable choice for us”, he observed.

And again: if at this moment “we chose massive investments in military spending, it would be – I say it forcefully – an ignoble choice”. The secretary dem Letta tried to throw water on the fire, the belief is that a solution will be found. But the tension grows. “It is necessary to know that in this moment – remarked the leader of the dem group in the Serracchiani Chamber – that you cannot afford to embarrass a government that is facing very delicate stepsI am thinking for example of the energy decree, I am thinking of all the reforms we still have in place, I imagine that there will be responsibility and awareness of the moment “.

“That of the 5-star Movement is a reckless position”, observes the Democratic Party Marcucci. “We invest in renewable energy and hospitality management, everything else comes later”, re-launches the Undersecretary of the Interior Sibilia. The 5-star Movement is at a crossroads: next week the Ukraine dl arrives at Palazzo Madama and the opposition, both Fdi and Alternativa, will try to put the parties that support the executive in difficulty. And so the hypothesis that emerged yesterday morning of the presentation of an agenda to postpone it later, or after further measures to deal with the expensive bills and the expensive fuel – any type of increase in military spending could materialize again.

Draghi pulls straight: Italy confirms its intention to increase military spending up to 2% of GDP. “Both the NATO summit and that of the G7 – the Prime Minister said yesterday – showed extraordinary unity in condemning the aggression against Ukraine and in maintaining the sanctions and in deciding to tighten them if necessary. The sanctions, in the various discussions, they have been described as extraordinarily effective, the Russian economy is severely weakened “. The premier had an interview with the American president Biden and with the Turkish president Erdogan and a bilateral meeting with the Dutch prime minister, Rutte. Today on the table of the EU Council there is the issue of energy.

Razov filed a complaint that he speculates for incitement to commit a crime and condemnation of a crime for an article in the newspaper La Stampa. “This author’s article considered the possibility of killing the president of Russia. It goes without saying that this is outside the ethics, morals and rules of journalism – says Razov – In the penal code of Italy it is provides for the possibility of instigation to commit a crime and condemnation of a crime. In precise compliance with Italian law, I went to the public prosecutor’s office to register this complaint with the request to the Italian authorities to examine this case. I trust in Italian justice “.

“You should follow both messages and not just those of the Ukrainian side. Every day I read the Italian press and I see every day some photos whose provenance is very doubtful”, he added.

Della Vedova: in Italy the press is free

For the Undersecretary for Foreign Affairs and Secretary of Più Europa Benedetto Della Vedova, the lawsuit is “inconsistent”. “Italian newspapers are free to be able to write and carry out their reporting and criticism. This is the substantial difference between Italy, Europe, liberal democracies and Putin’s Russia, where citizens are arrested only because they call war a war or demonstrate with a blank sheet “.

“Ambassador Razov’s is not the first attack by Russian institutions on the free and independent press of our country. I remember, for example, the words of Lavrov’s spokesperson addressed to the director of the Republic a few months ago, in which theor he invited to warm up with copies of his newspaper. Resistance to Russian aggression also concerns us for this: in Ukraine we fight to survive but also to defend the basic values ​​of open and democratic societies “, he concludes.

“Among the absurdities and contradictions of the war there is also the initiative of the Russian ambassador to Italy, which invokes the principles of the rule of law, trampled on a daily basis by the government of his countryto punish the press journalist Domenico Chirico “. Raffaele Lorusso, general secretary of the Fnsi states this in a statement.” in the ‘indicted’ article there is nothing written about what the ambassador claimsdoes nothing but confirm, if needed, what is the attitude of the representatives of the Moscow government towards journalists and their work ”

“Thinking of silencing the Italian press with spurious and intimidating initiatives – he continues – is useless and counterproductive, also because in Italy the reckless complaints against journalists, thanks to the inaction of Parliament and the government, are almost a national sport. If anything, the ambassador’s complaint makes the presence of the Italian and Western media in Russia more and more necessary to dismantle the regime’s propaganda and give a voice to those in the country, not just independent journalists, who seek to embody dissent against the war against Ukraine and government action “.

The editor of La Stampa, “We don’t take lessons from Razov”

“Only in the upside-down world of Holy Mother Russia, the one Vladimir Putin likes, can it happen that the ambassador of a country that has decreed the dirtiest war against liberal democracy like Ukraine can bring a lawsuit against a responsible newspaper only to tell what is happening in that country “said the director of La Stampa Massimo Giannini in a video message replying to the initiative of the Russian ambassador.

“The ambassador today attacks the Italian information and in particular our newspaper – explains Giannini – for instigation to commit a crime, for having incited to kill Putin, the exact opposite of what we have written. We must today attend an ambassador who challenges to free Western information to distort the facts, this is the lesson that comes to us from that country, this is the lesson that we strongly reject today because we are calm about what we are doing, about what we have done, about what we think and write because we live in a free country and because we are a free newspaper. We love freedom and we will continue to defend it despite all the threats and intimidation because we know we are on the right side of history “.