“Ambulance” in the cinema: Trail of devastation 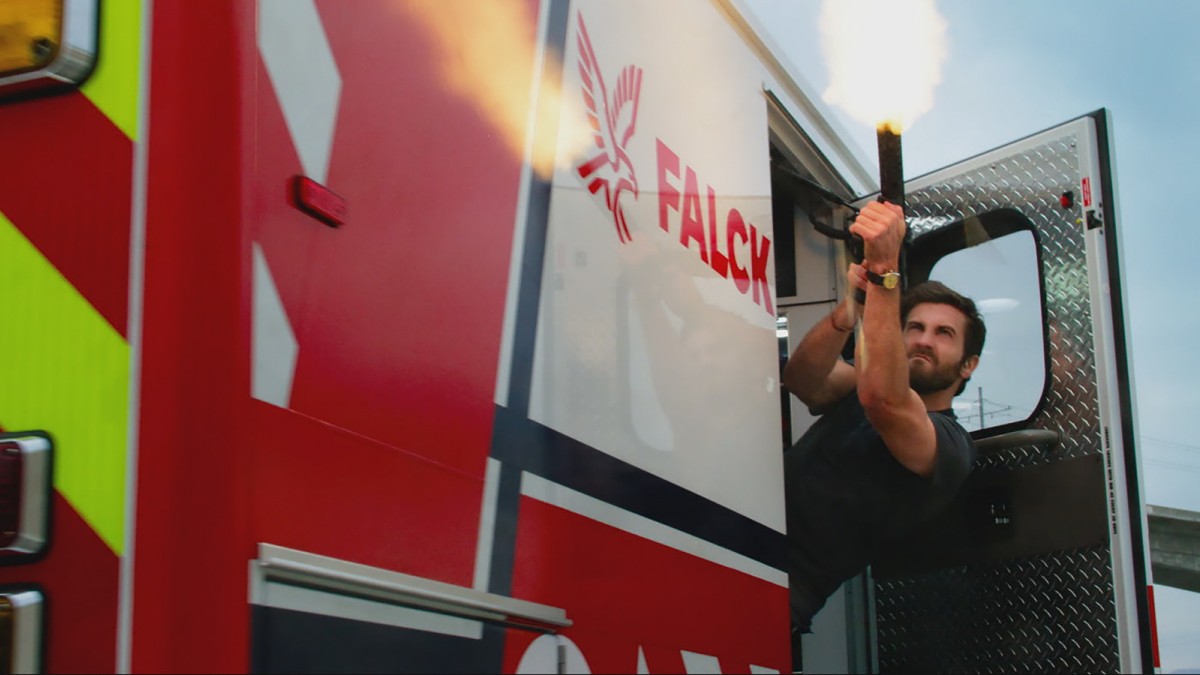 In the beginning, the rising, orange-red Californian sun is reflected in the glass facades of the high-rise buildings in LA, into which it sinks again at the end. In between, a lot of sheet metal is scrapped, magazines are shot, lives are saved and others are taken. A normal day in a film directed by Hollywood’s leading riot specialist Michael Bay.

“Ambulance” is the name of his new work. First we follow Will (Yahya Abdul-Mateen II), an ex-soldier who turns to his psychopathic criminal adoptive brother Danny, played by Jack Gyllenhaal, for financial help (his wife needs an expensive operation). He convinces Will to help him with a downtown bank robbery – easy as pie after everyone’s going to be rich.

But things go wrong, the cops await the bank robbers on the street, and the brothers kidnap an ambulance that drove to the crime scene, taking hostage a paramedic (Eiza González) and a critically wounded cop. The rescue vehicle thus becomes an escape vehicle, which is chased through the city by various police cars for two hours. And leaves behind a trail of devastation typical for the genre, which is exacerbated by the fact that Michael Bay is directing.

To protect your privacy, it has not been loaded without your permission.

I consent to YouTube content being displayed to me. Personal data is thus transmitted to the operator of the portal for usage analysis. You can find more information and a possibility of revocation at sz.de/datenschutz.

This external content was loaded automatically because you agreed to it.

Nevertheless, especially for the destructive filmmaker, who has already blown up quite a few things on the screen (Beverly Hills, Pearl Harbour, a meteorite that is supposed to destroy the world), the film turned out to be surprisingly low-explosive. And after Bay’s “Transformers” series was also about cars, which in the form of talking and permanently transforming robots fought their way through a freely rotating, meaning-free children’s imagination, he returns to the asphalt of LA with “Ambulance” and thus at least to some extent to the ground of reality back.

In any case, concentrating the action on the interior of a car that the whole world is chasing gives the film structure and is good for the dramaturgy, since the necessity of not being allowed to stop, i.e. the impossibility of getting out of the car, becomes a few interesting and comical scenes. The paramedic has to perform an operation on the wounded police officer while driving, while some medics are connected via laptop.

There is no anesthesia while she rummages around with her hand in the stomach of the half-dead law enforcement officer in search of a bullet. To do this, Will simply knocks the patient out as he threatens to wake up, and the paramedic uses her hair clip to pinch off an artery. It’s an old Hitchcock lesson: you always have to work with what you have on hand.

Otherwise, as always with Bay, the montage rushes from one action scene to the next, the dialogue is constantly screamed, and the stress level remains at a monotonously high level. It is fascinating to observe that Bay does not seem to know any difference between one picture and another. An example would be the initial bank robbery reminiscent of Michael Mann’s iconic 1995 gangster film Heat.

Here, too, a bank was robbed, in broad daylight and in the middle of LA, with the suspense slowly building and erupting in one of the most famous firefights in film history. But Michael Bay is not Michael Mann. In “Ambulance” there is no difference between before, during and after, and thus no suspense.

While the gangsters approach the building, go through the underground car park and take the elevator to the bank, it’s staged so hectically and hyperactively that it’s as if Bay were already nervously wriggling his leg because he just wants to get down to business. When the time comes, he almost freaks out with excitement, so that in the hail of bullets and the first metal collisions, you can’t orientate yourself in terms of space or time. And after that it just keeps going.

Despite all approaches to moderation, “Ambulance” is a typical Bay: the work of a raving child who screams and throws police cars around, some of which crash into walls and other obstacles in the film. “We fucked up”, we screwed it up, this sentence at the end of the film also stands for the insight that everything just always breaks down, no matter what you play.