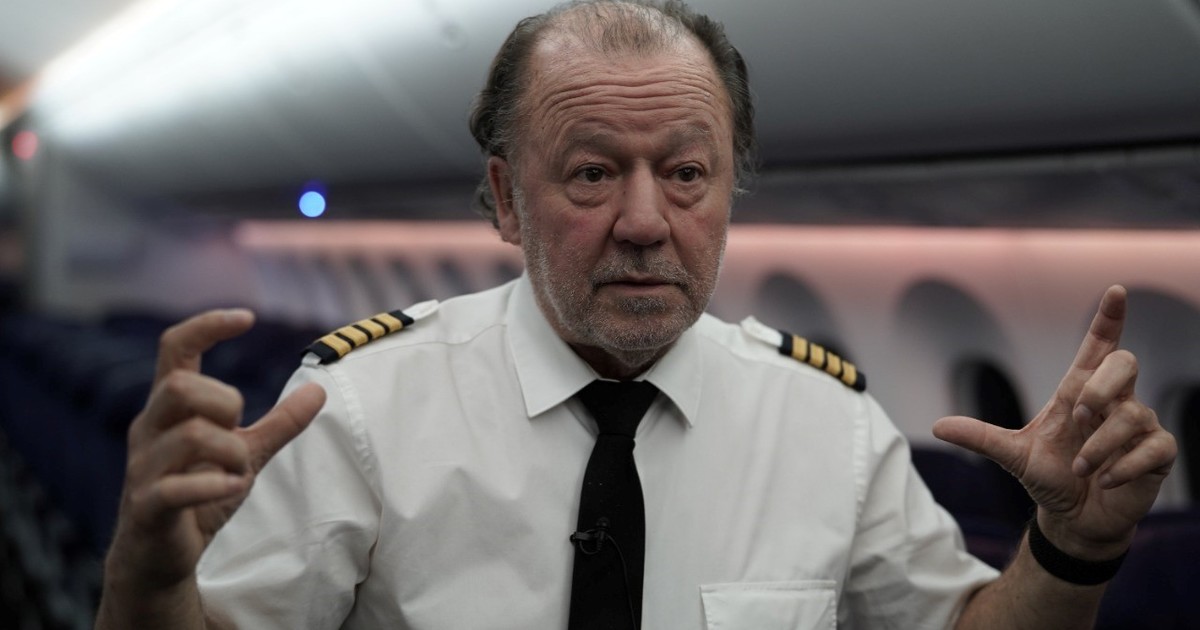 “In Russia they said that we were the same, that we were the same nation but now they are exterminating our people and to our cities”. the one who speaks is Nuri, a 64-year-old Ukrainian who fled her country just over a week ago. Her voice is broken, her gaze too. The passage of time and the mental exhaustion of having to be exiled from her homeland are reflected in her face.

She and her husband Leonit (66) are moved to tell their story at the home of Conchi and José Luis, their unexpected new Spanish friends who are now sheltering them on the outskirts of Madrid until the war is over or until they can find a new home. home in Spain.

The final decision will be theirs.

Emotions overwhelm them and they are still shaken by their new reality. Everything happened very fast. A month ago they would never have imagined being in Spain at this moment. But they appreciate. They cry. They are downloaded.

It is not easy to put into words everything that is going through your head right now. Nor is it easy for them to know that they were able to take a train to Warsaw and that their children and grandchildren still remain in Kharkov between bombs and shots.

Leonit, unlike Nuri, takes a certain emotional distance and makes a great effort to appear cold and serious. He builds up a several-day stubble, as if he doesn’t want to shave until he gets back to his house.

“Look, my neighbor lives here in Kharkov. We just found out that bombed a few hours ago. This could have happened to us,” Nuri says through tears as she shows a dilapidated building with her cell phone. They could have been there if they had chosen to stay in the Ukraine.

There are still millions of Ukrainians with a nationalist spirit who prefer to resist the Russian invasion. In recent weeks, several images of people resisting the entry of Russian tanks in streets and squares have gone viral.

The truth is that now they are calm. Nuri and Leonit were able to find some peace in San Rafael, a pleasant neighborhood on the outskirts of Madrid thanks to the help and solidarity of the Spanish couple who, without any kind of obligation, had the humble courage to receive them with open arms in their affectionate home.

Despite the fact that they do not speak the same language, they converse easily thanks to the help of a web translator. Nuri, Leonit, Conchi and José Luis now live together 24 hours a day. Here – unlike their home in Kharkiv – they have hot water and heating. The war had left them without basic services such as electricity, water and gas.

Nori and Leonit in their new home with Conchi and José Luis, on the outskirts of Madrid, Spain.

Nuri interrupts the conversation because she receives a text message from her daughter. It is perhaps the most important that she is going to receive today. Every day she and her daughter write to each other to give signs of life. The message comes with a surprise: a photo of his grandson safe and sound in the Ukraine.

Nuri asks for a hug. She needs it. Eastern Europeans are known to have a cooler personality, but now it doesn’t matter. She needs the support that no one gives her.

“We never imagined having to escape in this age of war,” ensures the marriage of Ukrainians. Like them, thousands of older adults left their lifelong homes forced by war. Many of those fleeing from Ukraine are already over 90 years old and could die in the new city where they will live.

Some fled in deplorable conditions from their homeland. Others, as in the case of Nuri and Leonit, are somewhat younger and still in good health, but the pain is the same and their challenge is even greater than that of mothers and children: not to die anywhere other than Ukraine.

The checkered impasse of the humanitarian mission

Nuri and Leonit are some of the more than 500 passengers who were able to leave the Warsaw refugee center and start a new life in Spain thanks to the Solidaire humanitarian flights commanded by Enrique Piñeyro. They and hundreds of other Ukrainians had the opportunity to leave Poland to start from scratch somewhere else, far from bombs, explosions and missiles from Ukraine.

Although the intention of Piñeyro and his entourage was to continue with the flights to other European cities, the mission came to an unforeseen impasse due to technical problems and bureaucratic obstacles that for now prevent them from returning to Warsaw in search of more refugees.

The pilot and his team are doing everything possible to return to Poland as soon as possible, but the humanitarian mission began to suffer changes when the second flight had a suspicious event and they were prohibited from landing in Warsaw, they had to fly in circles for an hour and finally landing in Prague almost in an emergency.

Since then, due to the serious complaints of human trafficking and white slavery that began to appear in different refugee centers in Warsaw, as revealed by Clarín, the Polish government has tightened controls on refugees and also at border crossings.

That collided with the good intentions of Piñeyro and his team of get out fast and as soon as possible to as many Ukrainians as possible.

When the humanitarian plane took off from Ezeiza on Sunday the 20th at dawn with 10 tons of aid, it came up with the original idea of ​​making four flights from Poland to Italy: two to Rome and others to Cagliari and Palermo.

The last two could not be completed because several Ukrainians mistrusted those final destinations, especially because of the complexity of the language and because Caritas Italia could not find them a home. In those cases, the refugees had to sleep in convents.

Despite the complications that began to arise when Piñeyro’s solidarity team was already in Europe, his entourage managed to complete two successful sections from Warsaw to Rome. He transported more than 230 Ukrainian refugees on each flight in less than 48 hours.

The Ukrainians who slept in the largest refugee center in Poland waited for several days for the possibility of getting on Piñeyro’s solidarity plane, which had the sponsorship and help of different NGOs.

Along with the humanitarian mission of the Argentine pilot, several Argentine media traveled, including Clarion, following the minute-by-minute schedule of refugee rescues and capturing images, videos and chronicles of the solidarity experience. They also witnessed the two successful flights from Warsaw to Rome in charge of the Catalan NGO Open Arms and volunteers from Caritas Italy.

His mission, in addition to finding them a room in Italy and getting them out of Poland, was to accompany them through the difficult migration process.

Many Ukrainians were nervous and even suspicious of the volunteers’ good intentions.

“The Polish state tightened controls and borders and border crossings, which is good because there is human trafficking. And that’s fine because it must be controlled, especially at the points of exit and entry to Poland because, ultimately, on airplanes the possibility of human trafficking decreases a lot,” Piñeyro assured. Clarion.

As this article is being written, Piñeyro is holding meetings with government authorities in London in order to carry out another humanitarian flight next week in search of more Ukrainian refugees.

His aircraft has already touched the airports of Valencia, Warsaw, Rome, Prague, London and Madrid, to land in the last few hours in Amsterdam, the Netherlands, where he are doing maintenanceanother unforeseen event in his journey.

Despite everything, its mission of solidarity continues and it only remains for the Polish government simplify controls and that they trust in their good will to be able to give a new life to children, women and older adults.

Some will go to Spain, like Nuri and Leonit, who have to start over after 60 years. Others to Italy, like Dasha, her daughter Kiera and her chihuahua Spice who fled from kyiv and now lives in Avellino, 40 kilometers from Naples. And there will be those who begin to live in other destinations such as Stockholm, in Sweden, or London, in the United Kingdom, other destinations that the mission is considering.

But for that we will have to wait. The Argentine pilot and filmmaker has no intention of leaving Europe, even though he loses money, time and is worn out by the comings and goings of the authorities in the middle of the war.

─Why are you doing this? he asked Clarion to Piñeyro, on humanitarian flights.

─ Because the world needs it and because I can do it.