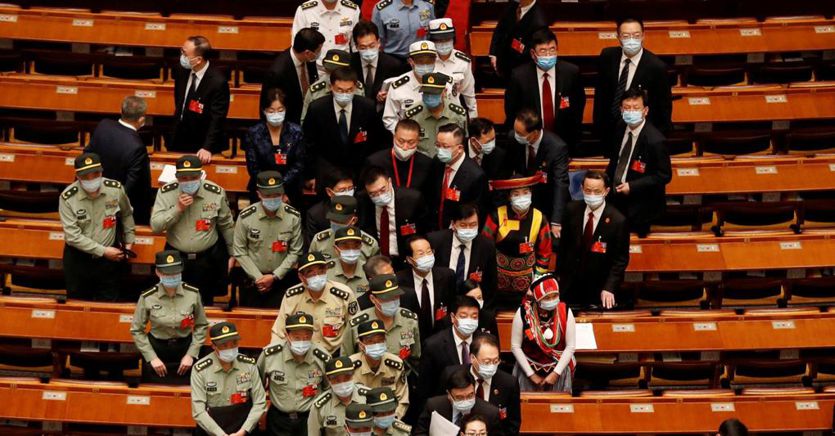 Launched in second reading by the Standing Committee of the National People’s Congress, with a beating drum, in perfect timing with a G7 certainly not in favor of China, the new law counteracts point by point to the restrictive measures adopted by foreign countries against Chinese citizens and companies in violation of international law or the basic principles of international relations and which interfere in the internal affairs of the People’s Republic of China. Counter.sanctions ranging from visa revocation to seizure of assets, deportation for foreigners, foreign companies and officials linked to top management and political.institutional decisions contrary to Chinese interests.

Who does the new anti.sanctions law apply to?

The actual value of this move by Beijing is wide, even if it will have to be assessed concretely, in the light of the complex international relations that China boasts. The Chinese media, as in this CGTN video, tend to underline the defensive key of this law and to underline that similar mechanisms also exist in the US, in Russia, in the European Union.

The purpose of the law – which only lacks enactment – is to preserve national sovereignty, security and development interests and protect the legitimate rights and interests of China’s citizens and organizations.

Premise: the People’s Republic of China adheres to a peaceful, independent and self.governing foreign policy and adheres to the five principles of mutual respect for sovereignty and territorial integrity, non.aggression, non.interference in internal affairs, equality and mutual benefit and peaceful coexistence; preserve the international order which is based on international law with the United Nations at the center, developing peaceful cooperation with all nations of the world and promoting the building of a shared community of human destiny.

However, the People’s Republic of China opposes hegemony and power politics and opposes any country’s interference in China’s internal affairs by any means and under any pretext.