Ukrainian Foreign Minister: “There is no consensus around the negotiating table” 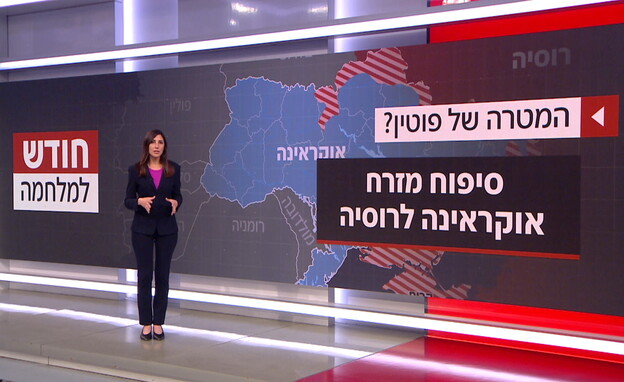 A month for war in Ukraine: Although in the first days of the European war we wondered what would happen to Ukraine, it seems that after a whole month of shelling and battles that led to much destruction and took a heavy toll on thousands of casualties, the main question now is what will happen to Putin. Amid tensions, the Ukrainian foreign minister last night (Friday) welcomed the establishment of the Israeli hospital in the country, but expressed pessimism from the ceasefire talks: “There is no consensus around the negotiating table, Russia has stuck to its ultimatums.” All updates – minute by minute.The American intelligence, which was right in making so many predictions regarding the Russian invasion, erred on the main point that this is probably also Putin’s biggest mistake – the assessment that the Ukrainians really have no chance against the Russian army, and that Kyiv will fall within three days.The Ukrainians, meanwhile, are waging a stubborn, surprising fight, and in some places even succeeding in producing a counterattack and recapturing occupied territories. But these victories must not be allowed to confuse the reading of the situation on the ground. Today 15% of the territory of Ukraine, the second largest country in Europe, is currently controlled by Russian forces.

Most of the forces are currently in the east, and this is not only the mass but also the quality – the special units of the Russian army are in these areas and not in the Kyiv region. That is, it is possible that Kiev has become a hotspot that manages to exert pressure. It seems that according to Putin’s plan – his army completes a flanking of Ukrainian troops and the cities in the middle from three fronts – and thus will actually allow him to separate eastern Ukraine from the rest of the country and annex it to Russia.

If this is what Putin wanted all along, it may be taking longer than he thought – but he’s on his way to doing it. Meanwhile, sights of besieged cities without food and water like the ones we see in Mariupol, are going to be more and more common in the coming weeks.

The war in Ukraine – minute by minute

22:30: French President Macron: “There is no reason to accept the demand to pay for Russian gas in rubles.”

22:25: Poland will announce next week a new plan to stop using fuels originating in Russia, the country’s prime minister announced.

21:32: Ukrainian Foreign Minister on ceasefire talks: “There is no consensus around the negotiating table. Russia has stuck to its ultimatums. ”

21:17: According to the New York Times, Russia has lost control of Kherson. According to senior US officials the Ukrainian army has managed to create territorial continuity at the end of fierce battles against Russian forces.

21:01: The Ukrainian Air Force claims that a number of buildings were hit by Russian cruise missiles at a base in Vinnitsa province.

20:53: The technical staff handling the Chernobyl reactor has not been replaced in the past 4 days, the International Atomic Energy Agency reports.

20:30: Zalansky spoke with Turkish President Erdogan about the fear of severe food shortages and drinking water in Ukraine.

20:18: A senior Ukrainian Defense Ministry official said that “no one will give up or surrender in the battle for the port of Mariupol to Russia.”

19:46: Spotify, a company that provides digital music services, has announced that it will suspend operations in Russia.