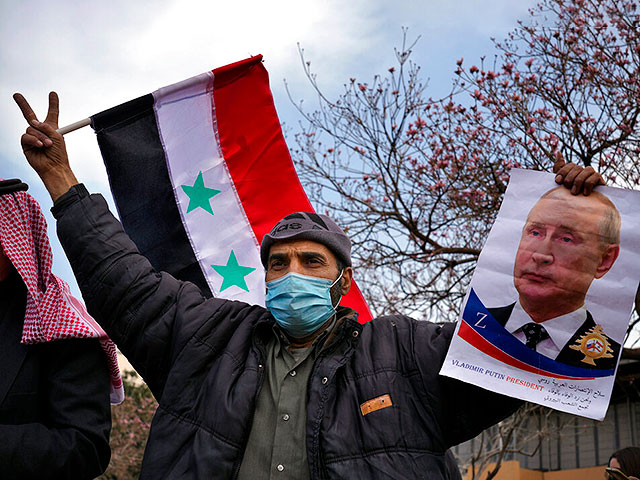 According to the Middle East Media Research Institute (MEMRI), student demonstrations took place in Syrian universities in support of the Russian invasion of Ukraine. They are called “spontaneous” in state media stories.

The demonstrators say they support the Russian government and people not only because they opposed NATO, but also because they helped Syria fight terror and defend itself from external threats.

At the University of Aleppo, the demonstrators lined up in the Latin letter Z, which has become a symbol of the Russian invasion. They unfurled huge flags of Russia and Syria. The Palestinian banners were not forgotten either. “Our peoples are rewriting history by challenging the US,” the demonstrators say.

Note that this is not the first appearance of Z on Syrian soil. About 10 days ago, photos of a Russian military patrol in southwestern Syria were published. On one of the patrol cars flaunted this letter.