The video, the absence and the rumors: Where has the Russian defense minister gone? 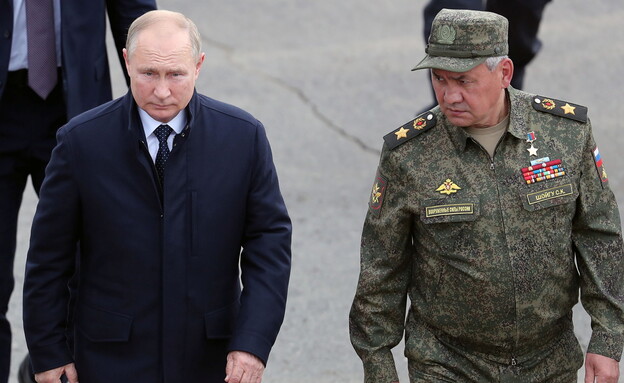 The world continues to ask itself where the Russian defense minister, Sergei Shoigu, who disappeared from the public eye exactly two weeks ago, has disappeared. His latest “appearance” was yesterday (Thursday) in a zoom conversation Putin had with other senior officials in the country.However, claims have begun to appear that undermine the credibility of the video, and that it seems that the videos in which the absent minister appears – are recordings from previous years that were put together. Shoigu, who by virtue of his position is responsible for the invasion of Ukraine, has disappeared following “heart problems” and has not been seen in public since March 11, which has sparked much speculation about his whereabouts.

A sighting of Sergei Shoigu at Putin’s security council.

The PR-mad Russian defense minister hadn’t even been mentioned in state media for nearly 2 weeks.

Peskov says Shoigu “has a lot on, there’s a special military operation and it’s not really the time for media activity.” pic.twitter.com/AmvimuNoKS

These speculations get real expression when during the zoom call, the defense minister appears for a few seconds on the screen and then disappears. He did not speak at all, and in the moments before his conversation window appeared, a black screen appeared and the picture shook for a few seconds – unlike all the other executives who took part in the conversation.

Yesterday, Kremlin spokesman Dmitry Peskov denied rumors that Shoiga was ill and referred to his bizarre disappearance. “The defense minister is dealing with a lot of issues at the moment, as can be understood. The special military operation continues – now is not exactly the right time for media activities.”

Meanwhile, many claim that Shoigu was punished by Putin, who was furious at the leak of his military plans, and the failures of the Russian army to occupy the Ukrainian capital Kyiv and the city of Kharkiv.