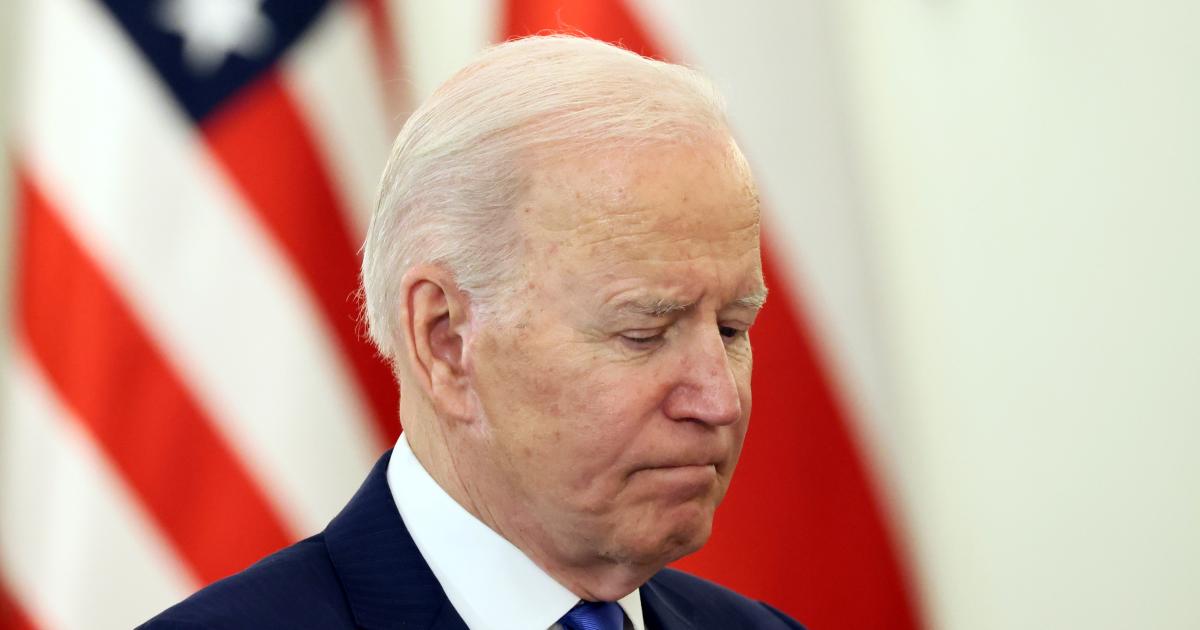 He assumes that Russian President Vladimir Putin expected to be able to split NATO.

US President Joe Biden has reaffirmed Poland’s loyalty to NATO in view of the Russian war of aggression in Ukraine. “We regard Article 5 as a sacred obligation, you can count on that,” Biden said at a meeting with Poland’s President Andrzej Duda in Warsaw on Saturday.

He assumes that Russian President Vladimir Putin “expected to be able to split NATO, to be able to separate the east flank from the west,” Biden said. But he wasn’t able to do that.

Biden also thanked Poland for taking in the refugees from Ukraine. “We recognize that Poland is taking on a great responsibility, which I believe should not only concern Poland. It should be the responsibility of the whole world, of the whole of NATO,” said the US President. “We understand the fact that so many Ukrainians are seeking refuge in Poland because we have thousands of people on our southern border who (…) try to get to the United States every day.”

On the second day of his visit to Poland, Biden also wants to give a speech on the Russian war of aggression in Ukraine and meet refugees. According to the White House, Biden’s speech (6:00 p.m.) at the Royal Castle in Warsaw is about the “common efforts of the free world” to support the Ukrainian people.

Biden also met with Ukraine’s foreign and defense ministers in Warsaw on Saturday, demonstrating his solidarity with the country under Russian attack. For the meeting during Biden’s visit to Poland, Dmytro Kuleba and Oleksiy Resnikov traveled to Warsaw on Saturday despite ongoing fighting in their homeland.

Biden met the Ukrainian ministers in the presence of US Secretary of State Antony Blinken and Pentagon chief Lloyd Austin Platz. It was his first face-to-face meeting with high-ranking government officials in Kyiv since the start of the Ukraine war on February 24. Kuleba met Biden in Washington on February 22. Kuleba met Blinken in early March in Poland near the border with Ukraine.

Biden later wanted to talk to the mayor of the Polish capital, Rafał Trzaskowski, about the city’s help for refugees. At this appointment in Warsaw’s National Stadium, the US President also wants to speak to refugees and representatives of aid organizations.

Biden traveled to Rzeszow in southeastern Poland on Friday and visited US troops stationed there. The city is only around 90 kilometers from the Ukrainian border. During his visit, Biden also emphasized that he would have liked to get a better impression of the situation.

However, security concerns would not allow him to visit Ukraine himself, for example. In Rzeszow, together with President Duda, he also learned about the work of aid organizations that take care of refugees. Almost 2.24 million people from the Ukraine have traveled to Poland so far, the majority stayed there.

Biden’s trip to Poland is all about the Ukraine war. Ukraine’s neighbor is concerned about Russia’s aggression. With regard to the refugees from Ukraine, Poland was bearing the brunt, the White House said before Biden’s trip.

The NATO partner is not only confronted with the war in Ukraine, but also with the Russian military deployments in Belarus, said security adviser Sullivan. This has fundamentally changed the security balance in the region. The United States had recently moved additional US troops to Poland to strengthen the eastern flank.